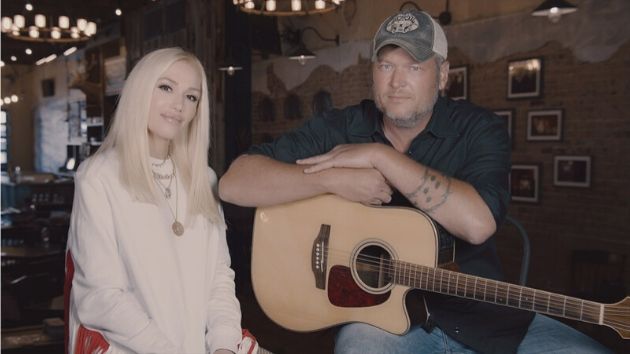 (LOS ANGELES) — The sixth annual Red Nose Day special looked a little different this year with digital noses, but its objective remained the same: raise awareness and funds to help end child poverty.  Hosted by This Is Us stars Mandy Moore and Justin Hartley, a variety of singers, actors and comedians teamed up to raise money for children and spread a message of unity in the face of COVID-19.

James Taylor performed a comforting rendition of the popular throwback tune “As Easy as Rolling off a Log” while Gwen and Shelton teamed up to perform their recent chart-topping hit “Nobody But You.”

Other artists, like Trainor and Five Seconds of Summer, aimed to raise the audience’s spirits by performing uplifting tunes “Better When I’m Dancin'” and “Best Years,” respectively.

However, comedian and actor Steve Martin stole the show with his lively and hilarious performance of “I Can Play the Banjo” with the Steep Canyon Rangers, where he and band banjoist Graham Sharp held a one-sided duel over who was more skilled at the instrument. The bluegrass tune was filled with comedy, with Martin trying to sabotage Sharp while reminding the band that he was the star of their segment.

Another memorable skit came from Bryan Cranston, who played a deceased grandpa holding a Zoom conference from heaven with his living grandson, that shared a message for children frustrated by their parents’ homeschooling methods to be patient and kind.

Other celebrities like Joel McHale, Elizabeth Banks, Paul Rudd, Jennifer Garner and Stephen Merchant made impassioned pleas for donations while highlighting children from underserved areas in the country and over the world who greatly benefit from the Red Nose fund.

The donations collected during the telecast will help provide food, shelter and healthcare for at-risk children.  The amount raised has not yet been released.