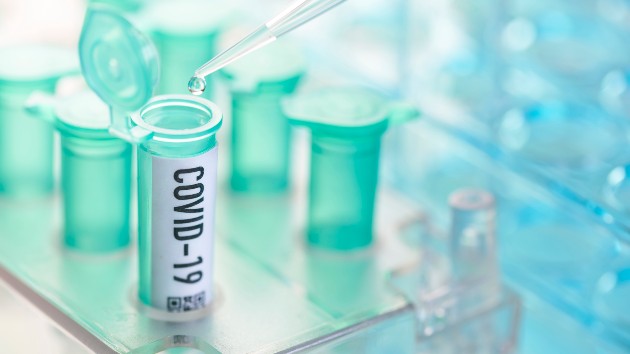 Bill Oxford/iStockBy DR. NANCY A. ANORUO and DR. AYODOLA ADIGUN, ABC News(NEW YORK) — In the latest development in a dramatic saga about the origins of the novel coronavirus, virologists around the globe have fiercely debunked yet another claim that the virus was man-made.This time, the allegation stemmed from a team of researchers from Britain and Norway, who warned in a research paper that current efforts to make a coronavirus vaccine are likely to fail because scientists have fundamentally misunderstood the virus SARS-CoV-2 that causes COVID-19.The British/Norwegian team — also working on a vaccine — argued that their vaccine approach was likely to work where other existing efforts would fail. They claim the virus’ RNA sequence has elements that appear man-made, or artificially inserted, and that their vaccine, Biovacc-19, will take these purported elements into account.”The paper is nonsense,” said Vincent Racaniello, Ph.D., professor of virology at Columbia University. “The manuscript is replete with incorrect science.””It is absolutely 100% impossible that SARS-CoV-2 was made in a laboratory. The elements in the virus, SARS-CoV-2, all came from bat SARS-like CoVs that circulate in nature,” Racaniello told ABC News.The British and Norwegian researchers, who hailed from St. George’s, University of London, and Immunor AS, a biotech company, respectively, did not respond to repeated requests for comment.Despite overwhelming scientific consensus that the novel coronavirus came from nature, various scientific and pseudo-scientific claims have continued to fan the flames of a conspiracy theory that the virus was engineered in a Chinese lab.The new British-Norwegian study gave the controversial theory a new spin: Coronavirus vaccine creation would fail because the virus contains several man-made components. This team of researchers asserted their lab could produce a successful vaccine because it would take those components into account.However, virologists tackling COVID who were interviewed by ABC News, said that vaccines already in human studies have indicated they are capable of triggering the immune system’s response. Although it’s still early, there are positive signs that some current approaches to vaccine development are likely to work.The British/Norwegian study came in wake of comments from former M16 official Sir Richard Dearlove, who recently pointed to a different study touting what it claimed was new evidence that the virus was developed in a Chinese lab. MI6 is the foreign intelligence service of the government of the United Kingdom.Experts from around the world were fast and firm in responding to the man-made virus claims — with the science they provided backing them up.”No scientist or group of scientists created this virus in a laboratory. That would require insight into [viral] pathogenesis and protein engineering that does not exist,” said Robert Garry, Ph.D., virologist at Tulane University.Garry explained that much of the genetic material of the virus that caused COVID-19 is similar to that found in viruses sampled from animals, and was unknown to science until after the pandemic, ruling out the possibility the virus was created beforehand in a lab.The genetic material and genetic changes to the novel coronavirus are “all what you would expect from natural evolution and an animal source,” said Amesh Adalja, MD, infectious disease fellow and senior scholar at Johns Hopkins Center for Health Security.”There’ve been multiple rumors and conspiracy theories,” he said. “And I do think you’ll probably see more.”Now, many experts are warning that studies like the British-Norwegian one are not only misleading, but also may lead to a dangerous erosion of public trust in scientific institutions.Rupali Limaye, Ph.D., social and behavioral scientist at Johns Hopkins Bloomberg School of Public Health, noted that COVID-19 misinformation muddles messages from pandemic experts and creates distrust.”[Not] everyone is always equipped or inclined to assess the credibility or accuracy of any one piece of information,” said Rasmus Nielsen, Ph.D., political communication professor at University of Oxford and director of the Reuters Institute for the Study of Journalism.With mistrust rampant, people often turn to alternative outlets to find information, which raises concerns that they may stop believing well-established medical consensus, Nielsen warned.And as scientists race to find a vaccine, deep mistrust may further dampen efforts to thwart the pandemic, with 27% of Americans saying they are unlikely to get a coronavirus vaccine even if it was free, according to a recent ABC News/Washington Post poll.Success in beating the current pandemic will rely heavily on accurate information, unified messaging and public trust, especially with a vaccine on the horizon. And while COVID-19 research continues, virologists say false notions about vaccines should be firmly laid to rest. Copyright © 2020, ABC Audio. All rights reserved.