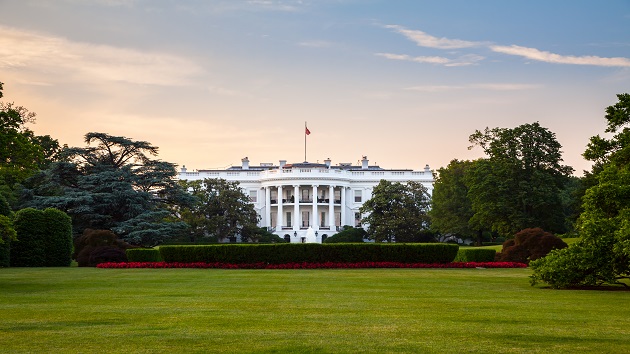 iStock/bboserup(WASHINGTON) — BY: ALEXANDER MALLINTop intelligence officials have told a federal judge that the publication of former national security adviser John Bolton’s memoir, ‘The Room Where It Happened,’ risks inflicting “grave” damage to U.S. national security, as part of the administration’s last-ditch attempt to prevent the book’s release next Tuesday.In sworn statements submitted to a federal district court Wednesday evening, Director of National Intelligence John Ratcliffe, National Security Agency Director Gen. Paul Nakasone, and the DNI’s National Counterintelligence and Security Center Director Bill Evanina all said that they believed several passages they had reviewed in the current manuscript contained classified material including material designated at the Top Secret/Sensitive Compartmentalized Information level.”Compromise of this information could result in the permanent loss of a valuable [signal intelligence] source and cause irreparable damage to the U.S. [signal intelligence] system,” Nakasone said in an affidavit with the D.C. District Court.Bolton has repeatedly disputed that his book contains any classified information following multiple revisions over the course of a months-long review by the National Security Council.The filings accompanied a request from the Justice Department for an emergency injunction against Bolton forcing him to delay publication of his book, that the department said would similar bind Bolton’s publisher Simon and Schuster and any distributors currently in possession of the book.But the request came just hours after multiple news outlets had already begun reporting extensively on details from the book, along with an essay penned by Bolton in the Wall Street Journal adapted from his memoir — in which he states that President Donald Trump asked Chinese President Xi Jinping for help in ensuring his reelection.”Tonight’s filing by the government is a frivolous, politically motivated exercise in futility,” a spokesperson for Simon and Schuster said in a statement Tuesday. “Hundreds of thousands of copies of John Bolton’s ‘The Room Where it Happened’ have already been distributed around the country and the world. The injunction as requested by the government would accomplish nothing.Judge Royce Lamberth has ordered the parties to convene for a hearing Friday at 1 p.m. on the request. But absent an extraordinary action from Lamberth ordering the suspension of a book’s publication when thousands of copies have already been printed and shipped to distributors around the U.S., legal experts argued the effort was likely not to succeed.National security lawyer Mark Zaid described the move as a “unprecedented, meaningless” filing akin to the Nixon administration’s failed attempt in the Pentagon Papers case to block the New York Times and Washington Post from publishing classified information.”Even though [the] Pentagon Papers case was litigated in about two weeks time from start to finish, 1971 is not 2020,” Zaid said in a tweet. “I would be shocked this Motion would be decided, much less even briefed, in time to stop publication on [Tuesday]. That’s just not how book distribution system works.”However, the release will likely be only the beginning of legal trouble for Bolton, as the DOJ at a minimum is expected to seek to seize the profits from his book and potentially pursue criminal charges under the Espionage Act for divulging classified information, according to a person familiar with the matter.As a part of its Wednesday filing, the Justice Department provided more insight on the dispute with Bolton’s attorney’s over the classified material it says still remains in the current copies of the book.The NSC’s Senior Director for Records Access Ellen Knight first received the manuscript on Dec. 30, and by Jan. 23 she informed Bolton’s attorneys that it appeared to contain “significant amounts of classified information.”She then worked back and forth with Bolton to remove classified information until on April 27 she determined in her view it no longer contained classified information, the filing says. On May 7, however, the DOJ says Knight informed informed Bolton that “[t]he process remains ongoing” and that her staff would “reach out as soon as there is an update to provide.”Meanwhile, Bolton’s successor Robert O’Brien had separately reviewed the manuscript and “concluded that it still appeared to contain classified information,” and he assigned Deputy Legal Advisor to the National Security Council Michael Ellis with reviewing the manuscript starting May 2.It took Ellis more than a month before on June 9 he came forward with the determination that it included information “classified at the Confidential, Secret, Top Secret, and Top Secret/SCI levels,” the filing states.This was two days after the government learned that Bolton had already submitted his manuscript for publication and planned to publish regardless of the White House’s approval.In the classified submission to the court, Ellis describes “six examples of passages in the manuscript that require protection under the national security information classification system, and the reasons for classifying each example,” he says in an accompanying affidavit.According to the filing, on Tuesday Ellis sent Bolton a “complete marked copy of the current version of the manuscript identifying passages that he had determined… appeared to contain classified information” and proposed a meeting with Bolton to discuss the removal of that information.A lawyer for Bolton did not immediately respond to a request for comment, but the DOJ said in its Tuesday filing that based on their communications on the case so far, Bolton opposes the government’s actions and will respond in court.