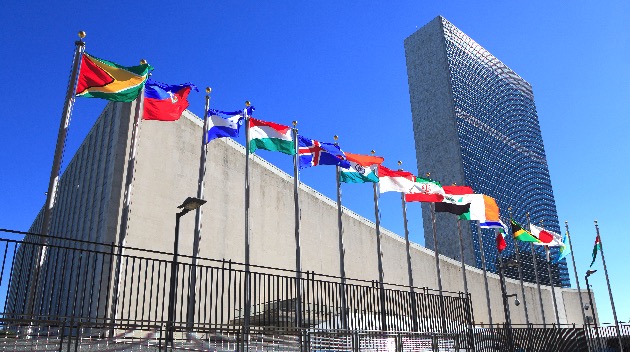 mizoula/iStockBy JACK ARNHOLZ, ABC News(NEW YORK) — India, Ireland, Mexico and Norway won non-permanent seats on the coveted United Nations Security Council — the organization’s most powerful board — for the committee’s 2021-2022 term.India, the world’s largest country without a permanent position on the Security Council, ran unopposed for a seat allocated to its geographic region. Mexico also ran without an opponent.Vying for one of two vacant seats available to its region, Canada failed to secure enough votes to join the council, losing out to Ireland and Norway.Neither Kenya nor Djibouti — both competing for a seat representing the Africa region — achieved enough votes to gain a place on the council. A second round of voting to determine the winner is scheduled for Thursday.The Security Council has 10 non-permanent seats, each serving a term of two years. The body also features five permanent members: the United States, China, France, Russia and the United Kingdom. Permanent members have the power to exercise a veto on any resolution.Countries must claim two-thirds of the votes from the U.N. General Assembly to sit on the Security Council.With its authority to approve peacekeeping operations, the Security Council represents an opportunity for many smaller countries to exercise greater power on an international level — and many will bend over backwards to gain a seat.Wednesday’s election comes after months of intense campaigning. Canada says it spent nearly $1.7 million on its campaign, which included an invitation for U.N. diplomats to attend a Celine Dion concert.The BBC reports that Norway spent a whopping $2.8 million to secure one of the UN’s top positions. While spending only $800,000, Ireland courted diplomats by bringing them to a U2 concert.

The worldwide coronavirus pandemic complicated Wednesday’s election, forcing delegates to enter the General Assembly one-by-one to cast their secret ballot.Canada’s failure to win a seat on the council — for the second time in 10 years — represents a blow to its Prime Minister Justin Trudeau, with the country’s opposition leader, Andrew Scheer, tweeting, “Another foreign affairs failure for Justin Trudeau. Keeps the streak alive! He sold out Canada’s principles for a personal vanity project and still lost. What a waste.”India, Ireland, Mexico and Norway will officially join the Security Council when their term begins on Jan. 1. Copyright © 2020, ABC Audio. All rights reserved.