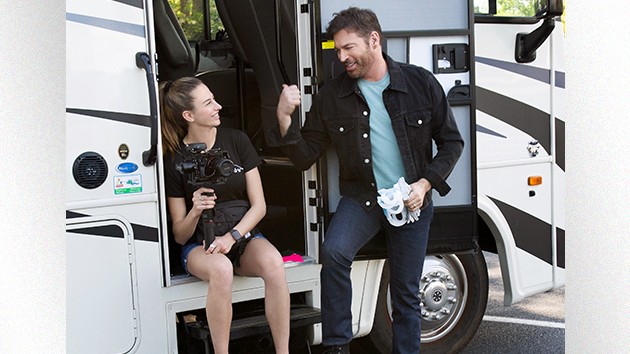 “We were in quarantine like everybody else, and we wanted to do something,” Harry tells ABC Audio. “And I said, ‘Georgia, let’s rent an RV and go thank a bunch of people that have been so essential during this process…and as a filmmaker, she was thrilled to have the opportunity. And we rented an RV, we started in Connecticut and we drove all the way down to New Orleans.”

Harry said he was struck by how positive and determined these heroes — many people of color — have been in the face of adversity.

“It’s very powerful to see that type of resolve and humility…especially when you’re with your daughter who’s filming these people and looking at these people, just saying, ‘What do I do to get better?"” he recalls.

“And then when you factor in the fact that black people, brown people, people of color have been disproportionately affected by COVID, and they’re still going out there putting their lives at risk…there’s a lot of dialogues to have,” he notes.

Also on Sunday, Harry will debut a new song, “Stars Will Shine,” with all proceeds going to the Ellis Marsalis Center for Music.  Marsalis, one of Harry’s mentors, died of COVID-19 in April.