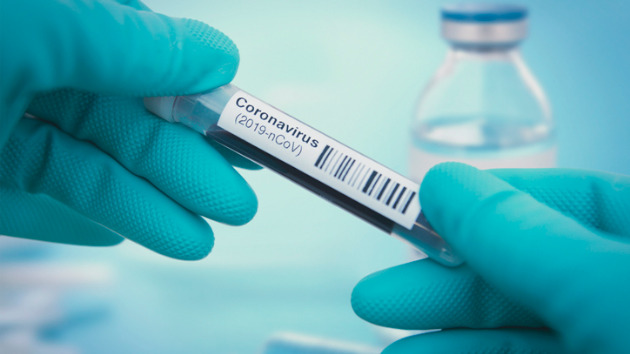 narvikk/iStockBy JACK ARNHOLZ, ABC NEWS(TULSA, Ok.) — Six of President Donald Trump’s campaign advance staffers have tested positive for COVID-19 ahead of his rally Saturday in Tulsa, Oklahoma, the Trump campaign confirmed to ABC News.”Per safety protocols, campaign staff are tested for COVID-19 before events. Six members of the advance team tested positive out of hundreds of tests performed, and quarantine procedures were immediately implemented,” Trump campaign Communications Director Tim Murtaugh said in a statement.”No COVID-positive staffers or anyone in immediate contact will be at today’s rally or near attendees and elected officials. As previously announced, all rally attendees are given temperature checks before going through security, at which point they are given wristbands, facemasks and hand sanitizer,” he added.Trump decided to hold his first campaign rally in months Saturday after widespread warnings from health experts about the potential of coronavirus exposure.Dr. Anthony Fauci, the nation’s top infectious-disease expert and leading member on the president’s coronavirus task force, said he would not attend the event in Tulsa and told ABC News that attending a political rally or a protest right now is still “a danger” and “risky.”In the lead up to the event, Tulsa officials warned the Trump campaign to postpone the event fearing that it would not be safe as Oklahoma is experiencing an increase in cases.”I recommend it be postponed until it’s safer, until the data tells that is not as great of a concern to have people indoors, in enclosed spaces with a threat of a COVID-19 transmission,” Tulsa Health Department Director Dr. Bruce Dart said Thursday. “That is what I personally would like to see happen. The virus is here. So let’s focus on staying safe while it’s here.”ABC News’ Will Steakin contributed to this report.Copyright © 2020, ABC Audio. All rights reserved.

Fact-checking Trump and Biden during 1st 2020 presidential debate
Presidential debate live updates: Trump and Biden face off in 1st matchup
Guitar sales soar due to COVID-19 pandemic: “It was just stupid!”
Trump, Biden compete for battleground Ohio ahead of first debate
Watch the chilling first trailer for ‘The Craft’ reboot, ‘The Craft: Legacy’
Statue of Black anti-slavery heroine to be erected in Paris garden