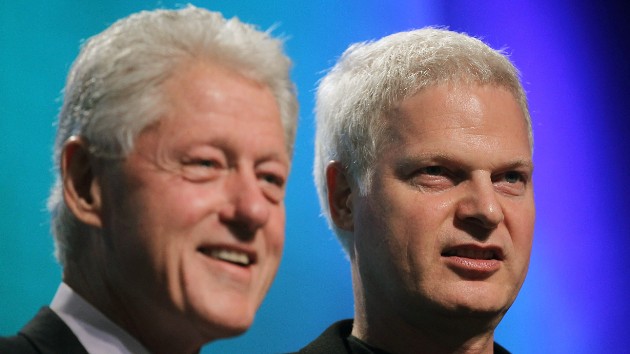 Photo by Mario Tama/Getty Images(LOS ANGELES) — The man behind Kangaroo Jack, Steve Bing, has died by suicide.  He was 55.

Deadline confirms that Bing, a philanthropist, screenwriter and producer died Monday in Los Angeles.  The local police and the coroner’s office, while not identifying Bing by name, claim a man matching the 55-year-old’s description jumped to his death off a city apartment building that afternoon.

His death is a major loss to the movie industry.

Bing’s impact on Hollywood spans over three decades, starting when he inherited a $600 million fortune from his grandfather and dropped out of Stanford when he was 18 to pursue a career in the movie industry.

He is credited for writing an episode of Married with Children and creating the story for the 1984 action film Missing in Action.

Besides co-writing Kangaroo Jack in 2003, which starred Anthony Anderson and Jerry O’Connell, he invested $80 million into the 2004 Christmas film, The Polar Express.

Bing went on to earn numerous movie credits for supporting other documentaries and films — such as the Rolling Stones’s concert documentary Shine a Light along with Rock the Kasbah and Beowulf.

The 55-year-old was also a known political donor, in which he contributed millions to Democratic causes such as environmental protection.  He was also a close friend of former President Bill Clinton, in which he forwarded $10 million of his fortune to the Clinton Foundation.

Clinton mourned his friend’s death, tweeting, “He had a big heart, and he was willing to do anything he could for the people and causes he believed in. I will miss him and his enthusiasm more than I can say, and I hope he’s finally found peace.”

According to TMZ, sources say Bing was suffering from depression.

Trump and Biden to face off in 1st 2020 presidential debate
Frankie Muniz and wife Paige Price announce they have a “little miracle” on the way
Report: Rooney Mara and Joaquin Phoenix name their newborn son River
Kit Harington and Rose Leslie expecting first child together
Rainn Wilson powered through shooting ‘Blackbird’ while his home was threatened by wildfires
Prince William and Kate share two new photographs with their children