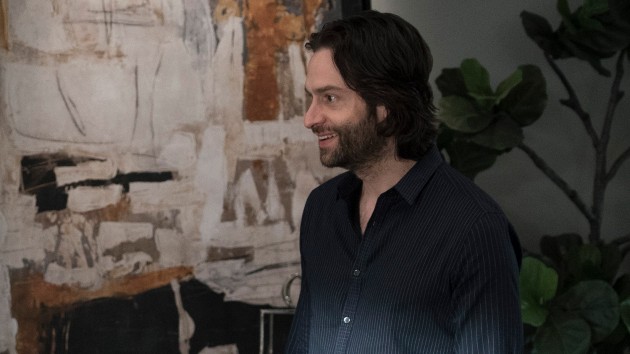 Freeform/Eric McCandless(LOS ANGELES) —The fallout over disgraced comedian Chris D’Elia continued on Tuesday when his agency, Creative Artists Agency, announced that they fired him as a client.

The comic was accused last week of assaulting several women, several of whom were underage at the time.  He is also accused of not only sending underage victims unsolicited messages, but also pressured them to take nude pictures of themselves.

The Hollywood Reporter reports that CAA’s decision to part ways with D’Elia comes after his Whitney co-star publicly condemned his actions.

Whitney Cummings penned an emotionally charged statement on Twitter, writing on Saturday, “It’s taken me a couple of days to process the information I have learned about Chris. I’m devastated and enraged by what I’ve read and learned.”

“This is a pattern of predatory behavior. This abuse of power is enabled by silence,” she continued. ” Now that I’m aware, I won’t be silent. Girls should be able to be a fan of a comedian they admire without becoming a sexual target. It’s the adult’s responsibility to be an adult.”

Streaming services Hulu and Amazon Prime, along with Comedy Central also publicly removed an episode of Workaholics from their catalogue because it featured D’Elia.  He cameoed as a child molester.

The 40-year-old maintains his innocence, writing in a public statement denouncing the accusations.  D’Elia asserted that all past relationships were “legal and consensual” and that he “never met or exchanged any inappropriate photos with the people who have tweeted about me.”

He also admitted that he “was a dumb guy who ABSOLUTELY let myself get caught up in my lifestyle” and that he “will continue to do better.”

Los Angeles police confirmed to THR on Tuesday that no one has submitted any reports regarding D’Elia.

Biden preps for personal attacks from Trump ahead of Tuesday’s debate
Mississippi to decide fate of Jim Crow-era law designed to secure ‘white supremacy’
Woman charged with attempted murder for driving through crowd of competing protesters
Amid pandemic, confidence in CDC erodes with questions of political interference
Secretary of State Mike Pompeo to headline fundraiser for Christian charity in swing-state Florida
Only 10% of US adults may have COVID-19 antibodies: Study