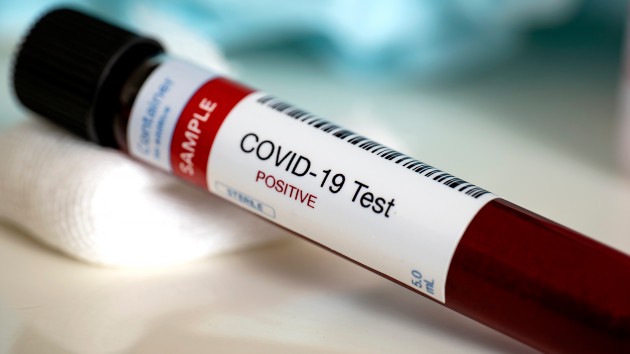 Myriam Borzee/iStockBy DR. AYODOLA ADIGUN, ABC News(NEW YORK) — Mounting evidence out of the United Kingdom provides more insight into how COVID-19 affects children, further confirming what researchers have been saying for months: Children are not as adversely affected by COVID-19 as adults.A newly published study in Lancet found that children, including infants, generally have mild symptoms of COVID-19, and even those who develop the disease severely enough to warrant intensive care unit admission are unlikely to die.The Centers for Disease Control and Prevention have consistently reported that children do not appear to be at higher risk for COVID-19 than adults. While some children and infants have been sick with COVID-19, adults make up most of the known cases to date. The study confirmed previous reports from China suggesting that the death rate for children is significantly lower than older, adult patients.To combat the paucity of evidence around COVID-19 and pediatric patients, U.K. researchers conducted the largest clinical study on children outside of China to date. The study spanned over 20 European countries and multiple age groups, ultimately including 582 children and adolescents between the ages of 3 days old and 18 years old with confirmed SARS-CoV-2 infection. The study found that the majority of patients under 18 years old experienced a mild disease and less than 1% of them died.The majority of the children studied were likely infected by their parents. Most of the children did not have any underlying medical conditions, but of those who did the most common underlying condition was pulmonary disease, such as asthma.Children were more likely to become severely sick and be admitted to the ICU if they were boys, newborns or if they had underlying health conditions or lung infections.The authors suggest that their study likely paints a more dramatic picture than you would see on average because it pulled data from hospitals, where patients are more likely to be severely sick. Many children who get COVID-19 are likely to be asymptomatic, meaning they don’t need medical care and might not even notice they are infected.”Probably the most surprising feature of the study was the severe COVID-19 cases. However, kids who don’t display serious symptoms, may not be pushed to get tested. Kids that are vulnerable may be more likely to get seen, making a bias in the study population,” said Dr. John Brownstein, an epidemiologist at Boston Children’s Hospital, who was not involved in the study.”This was a hospital-based study, and therefore mainly captured children at the severe end of the disease spectrum. It is therefore likely that the true case fatality rate is far smaller than the rate of 0.7% observed in this study,” said Dr. Marc Tebruegge, senior author of the study and associate professor in pediatric infectious diseases.The study’s authors pointed out that we still don’t have good treatments for COVID-19, with hydroxychloroquine being the most commonly used treatment on the pediatric patients in the study, followed by the antiviral drug remdesivir.Additionally, although the aftereffects of severe symptoms is likely to be rare in the pediatric population, the study did not include the emerging reports of multisystem inflammatory syndrome in children in the U.S.The authors encouraged more research to characterize this disease in detail in order to determine its long-term effects on children.This study may bring relief to parents in regards to their children getting sick with COVID-19, but continued precautions must be taken. The CDC recommends families teach their kids to practice the same precautions as others, including wearing masks for children 2 years and older, social distancing, hand-washing, avoiding large crowds and limiting time with older adults and people who have serious underlying medical conditions.”What the study does not consider is the transmission dynamic, and roles of kids in the spread, and the likelihood of them being affected and passing it on — those are still big questions where our data has been limited,” Brownstein said.”For parents that have kids in a high-risk group, the study does pose an important component to the understanding of kids, and represents the fact that we still do want to protect the pediatric population as we head into the second wave,” he said. Copyright © 2020, ABC Audio. All rights reserved.