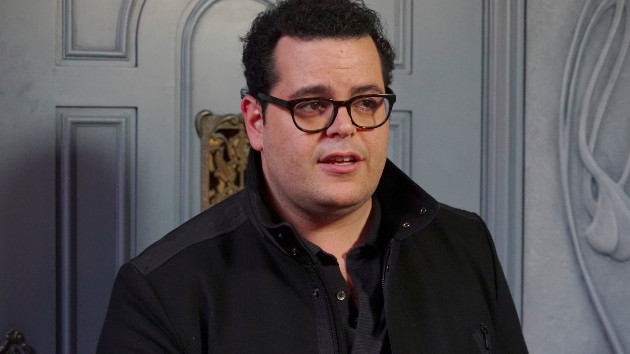 ABC/Eric McCandless(LOS ANGELES) — On the heels of last week’s announcement that the next episode of Josh Gad’s YouTube series, Reunited Apart would also be his last, we now know it will air this Sunday at 9:00 a.m. PT/12 p.m. ET.

Since April, the Artemis Fowl star has been reuniting the casts of Hollywood’s most beloved films, while raising money for for COVID-19 relief efforts.

“What a run. Thank you to the casts and creative teams of #TheGoonies #BackToTheFuture #Splash #LordOfTheRings #Ghostbusters and #FerrisBuellersDayOff for coming together to raise money for so many amazing causes on Season 1 of #ReunitedApart,” Gad shared Thursday on Instagram.

While it’s unclear if Reunited Apart will return, Gad did leave the door open for more episodes, writing, “While we are taking a much needed break for now, we hope to see you all again very soon.”

Alan Arkin departs ‘The Kominsky Method’ ahead of final season
Channing Tatum gushes about making his directorial debut with ‘Dog’: “This is our story”
Probe of Jacob Blake police shooting in final stages, says Wisconsin AG
TikTok, WeChat to be banned from US app stores starting Sunday
What you need to know about staying safe when hitting the polls this election season
Samuel L. Jackson promises to teach you to swear in 15 languages if you vote this November