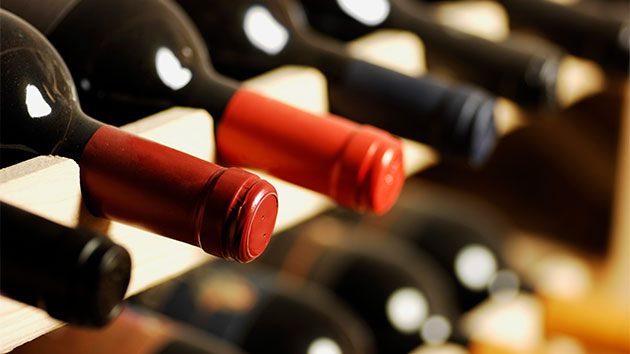 Silberkorn/iStockBy Kelly McCarthy, ABC News(THE HAGUE, Netherlands) — Wine drinkers are often aware of the markup to enjoy a glass or bottle at bars and restaurants, but European law enforcement successfully sniffed out a bad batch of bottles that were being passed off as premium labels and sold for over $1,000 a pop.Europol announced Tuesday that it took down a network of wine counterfeiters who took empty bottles of premium Italian wines, refilled them with “cheap wines from different origins” that had been purchased online or at hard discount stores, resealed the bottles with fake capsules and passed off the low quality vino to resell it at higher price points.”The bottles were sealed with corks and counterfeit capsules of a different or similar color to the original. Packaging films and false masking guarantee seals were finally applied to conceal the lack of distinctive signs on the capsules used for the counterfeit units,” Europol said in a press release.Prices for the fake wines sold under previously expensive counterfeit Italian labels often exceeded 1,000 Euros — nearly $1,123 per bottle.”The empty authentic bottles were gathered from restaurants and delivered mainly by two individuals working in the food industry,” Europol said.The wines were sold in Belgium, France, Germany, Italy, Spain and the United States and often ended up being poured into the glasses of unassuming customers at wine bars and catering services.”Once a contact with a buyer was established via the a big e-commerce platform, the counterfeiters expanded even further their promotional offers, setting prices way below the ones seen usually on the market. A magnum format, 1.5 l, of some of the counterfeit wines typically exceeds €1,000 per bottle,” the press release said.The investigation was part of Europol’s Intellectual Property Crime Coordinated Coalition (IPC3) that facilitated the information exchange and provided technical and analytical support to the participating countries.Europol announced this will allow them to “further develop the operation and provide the other countries involved with targeted information.”Copyright © 2020, ABC Audio. All rights reserved.

After barraging an Asian American family with a racist rant, tech CEO apologizes
California couple charged with hate crime for allegedly vandalizing Black Lives Matter mural
Coronavirus updates: US sets another grim record with over 60,000 new cases in a day
Paris Jackson details her past struggles with self harm and suicide ideation
Trump admin. to flood Jacksonsville with free testing ahead of GOP convention
Deutsche Bank agrees to pay $150 million over relationship with Jeffrey Epstein