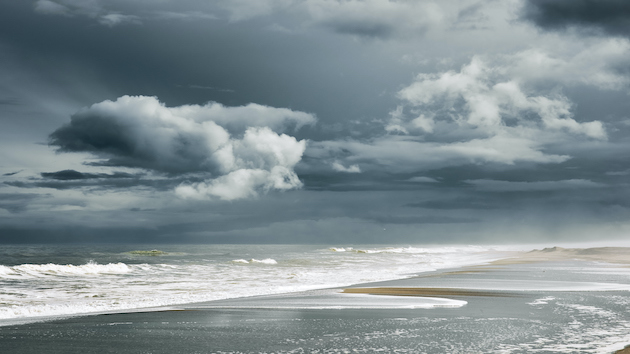 (HOUSTON) — Hurricane Hanna has strengthened, with sustained winds of 90 mph, as it takes aims at Texas.The Category 1 hurricane was moving west at about 8 mph when it made landfall at San Padre Island, about 15 miles north of Port Mansfield, around 5 p.m. local time on Saturday.Very heavy rain, strong winds and storm surge were currently impacting the south Texas coast, the worst of it south of Corpus Christi, down to the mouth of the Rio Grande River.While wind and storm surge were notable along the coast this afternoon, very heavy rain and the potential for widespread flash flooding across the Rio Grande Valley is the biggest concern into Saturday night. Rainfall totals over extreme southern Texas to the Mexico border could lead to dangerous flash flooding.”Any hurricane is an enormous challenge, this challenge is complicated and made even more severe seeing it is sweeping through an area that is the most challenged area in the state for COVID-19,” said Texas Gov. Greg Abbott. “We cannot allow this hurricane to lead to a more deadly event by stoking COVID-19 leading to more fatalities.”Abbot said disaster declarations have been made in 32 counties.The National Weather Service in Brownsville reported “significant structural damage” in nearby Port Mansfield and a gust up to 83 mph.As is usually the case with land-falling tropical systems, isolated tornadoes are possible along the southern Texas coast through this evening.After landfall, Hanna will begin to rapidly weaken into tonight and Sunday morning. However, it will continue to bring widespread heavy rain and the threat of dangerous flash flooding across the Rio Grande Valley even as the wind speeds go down.A hurricane warning remains in effect for Port Mansfield to Mesquite Bay, Texas. A tropical storm warning remains for much of the Texas coast with a storm surge warning from Port Mansfield to Sargent, Texas.Hanna will likely cross into northern Mexico tomorrow morning and weaken to a depression by later on Sunday.An excessive amount of rain is forecast for extreme southern Texas, south of Corpus Christi, including Port Mansfield, Brownsville and down along parts of the Rio Grande Valley. Rainfall totals of 6 to 12 inches are expected which could produce widespread flash flooding into tonight.Isolated rain totals of over a foot are possible into early Sunday as Hanna begins to moves into northern MexicoMeanwhile near Hawaii, Hurricane Douglas is currently a Category 2 hurricane with sustained winds down to 100 mph. It is moving WNW at 18 mph and is currently about 400 miles east of the Big lsland.Tropical storm warnings are in effect for the Big Island, Maui and Kauai.A hurricane watch is also in effect for the Big Island, Maui, and Oahu, including Honolulu.This weakening trend will continue as it closes in on Hawaii and Douglas will pass near the islands on Sunday. It will likely pass close enough for heavy rain, strong winds and rough surf creating big waves in at least parts of the state. However, a slight shift in the track could change impact either way.Douglas will hit the islands as a lower-end Category 1 hurricane. While wind and coastal impact is a concern, heavy rain will occur with several inches possible and the potential for landslides/mudslides.On the current track, the island of Maui and higher elevations have the greatest chance of bearing the worst impact.On Saturday, President Donald Trump approved Hawaii’s emergency declaration request in response to Hurricane Douglas. The request allows Federal Emergency Management Agency to coordinate emergency response efforts.ABC News’ Allison Pecorin contributed to this report.Copyright © 2020, ABC Audio. All rights reserved.