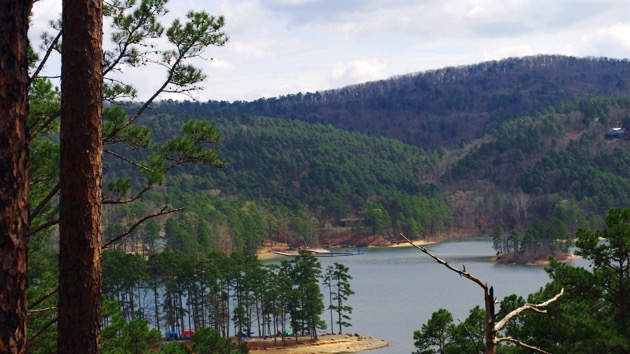 Kathy Byrd/iStockBy KARMA ALLEN, ABC News(HOT SPRINGS, Ark.) — An Arkansas city saw its coronavirus numbers spike nearly 200% last week as the state grapples with record-breaking infection rates amid shortening testing supplies, according to an internal Federal Emergency Management Agency memo.Hot Springs, Arkansas — known for its famous spa resorts and natural thermal springs — saw a 198% increase in infections last week with 145 new cases being reported, the memo said.Many of the new infections stemmed from a outbreak at the Ouachita River Unit prison where there are some 800 active cases among staff and inmates, the memo states.The virus has taken a toll on the state’s health care system as well. Rapid test supplies are in short supply and are being rationed for use by state hospitals, the memo said.Statewide, some 100 inmates have been sent to hospitals for treatment for the virus since the pandemic began. At least 23 inmates have died from the virus, including a Ouachita River Unit inmate who died over the weekend, bringing the state death toll to 401, according to state data.Arkansas Gov. Asa Hutchinson has recommended Solomon Graves to become the state’s new department of corrections secretary as infection rates rise.”Solomon is stepping up during a difficult time in Arkansas, but with 14 years of experience in adult corrections, he is well prepared for the task,” Hutchinson said in a statement Thursday. “In my time as governor, I have benefited from Solomon’s breadth of knowledge of the prison system and the wisdom of his counsel. He is a compassionate leader who will vigorously fulfill the state’s responsibility to assure public safety balanced with the need for rehabilitation and reentry support.”As of Monday afternoon, there were at least 6,600 active COVID-19 cases within the state.State health officials delivered the grave statistics amid ongoing debates over Hutchinson’s recent face masks mandate. The mandate states that “repeat violators” can face up to $500 in fines for violating the order, while first-time offenders will simply receive a warning. Several police and sheriff’s offices have refused to enforce the order.”As we continue to see high numbers of COVID-19 cases throughout Arkansas, we need to remain vigilant about masks,” Hutchinson tweeted Saturday as maskless protesters gathered near the state capitol to denounce the mandate. “Wearing a mask protects your friends and neighbors and will help us ensure students can receive in-person instruction next month.”Demonstrators continued to gather near the state capitol on Sunday, slamming the recent mandate as an infringement on their freedom and civil rights.State representative Mary Bentley addressed the protesters directly on Sunday, encouraging them to come up with a solution.”I’m really here just to encourage hope and to encourage people to not be frustrated,” she told protesters Sunday, according to ABC affiliate KATV. “I just want to encourage folks to pray pray for our country, pray for this to be over with, and just come together as Arkansas.””Look at what the governor has to face and not be too angry, he’s not our enemy. The enemy is this virus, so let’s attack the real enemy,” she added.The Arkansas debate comes amid a growing divide among Americans who support mandates to wear face masks in public spaces and those who continue to ignore public health directives, citing civil liberty concerns.Hutchinson continued to defend the mandate in a tweet on Monday, citing masks as the best way to “battle this invisible enemy.””The data continue to show that wearing a mask is effective in slowing the spread of COVID-19,” Hutchinson tweeted. “Ensuring your mask covers your mouth and nose helps your neighbors and your community as we continue to battle this invisible enemy.” Copyright © 2020, ABC Audio. All rights reserved.