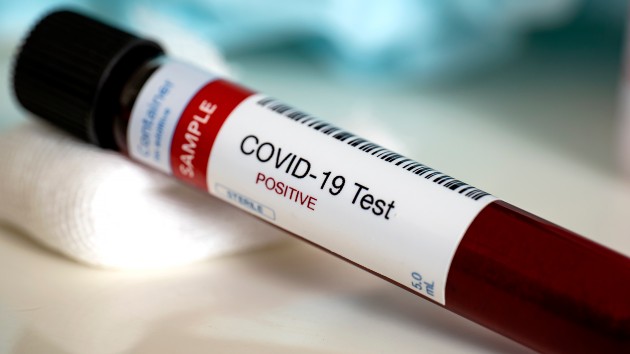 Myriam Borzee/iStockBy JON HAWORTH and EMILY SHAPIRO, ABC News(NEW YORK) — The novel coronavirus pandemic has now killed more than 649,000 people worldwide.Over 16 million people across the globe have been diagnosed with COVID-19, the disease caused by the new respiratory virus, according to data compiled by the Center for Systems Science and Engineering at Johns Hopkins University. The actual numbers are believed to be much higher due to testing shortages, many unreported cases and suspicions that some governments are hiding or downplaying the scope of their nations’ outbreaks.The United States has become the worst-affected country, with more than 4.2 million diagnosed cases and at least 146,968 deaths.Here is how the news is developing today. All times Eastern. Check back for updates.

11:10 a.m.: Florida’s daily cases below 9,000 for 1st time in at least 2 weeksHard-hit Florida reported 8,892 new coronavirus cases Monday morning — the first time its daily case count was below 9,000 in at least two weeks, according to data from the state’s Department of Health.Throughout Florida, just 18.82% of ICU beds remained available Monday morning, according to the state’s Agency for Healthcare Administration.Monroe County and Okeechobee County had no ICU beds available, the agency said.ICU availability will fluctuate throughout the day as hospitals and medical centers provide updates.

8:20 a.m.: No live family tributes on Sept. 11 anniversary This year on Sept. 11, the ceremony marking the anniversary of the terror attacks will not include the annual in-person recitation of names by victims’ relatives. The National September 11 Memorial and Museum informed the families in a letter that, because of the pandemic, the reading of names during the commemoration would be recorded. Families are still welcome on the plaza in lower Manhattan for an event with social distancing and masks. The ceremony will still mark six moments of silence for when the planes struck the World Trade Center, when the towers fell, when the Pentagon was attacked and when UA93 crashed in a Pennsylvania field.

3:51 a.m.: Italy cracks down on mask useSeveral businesses in Naples have been fined €1,000 after they were deemed responsible “during a commercial transaction” for customers and clients who did not wear a mask in their establishment.Besides fines, the government can also force businesses to close for a period between five to 30 days if they are found to be not in compliance. France will also introduce fines of €135 for people who do not wear a mask in public spaces indoors.

12:56 a.m.: NFL players who attend ‘high-risk’ events and contract coronavirus face team discipline, lack of payNFL players who contract the coronavirus through “high-risk” activity away from team facilities can face team discipline and might be at risk of not being paid, according to the league’s new protocol.A memo sent by the NFLPA to agents this weekend, a copy of which was obtained by ESPN, outlines several rules governing player contracts, opt-out provisions and the contractual consequences of a canceled season.The memo says that the final language of Friday’s agreement between the league and the players will appear in a side letter that is still being negotiated and that the information distributed this weekend represents “a summary of major aspects of the COVID amendments.” The basics have been dealt with, and the final section of the memo is devoted to the fact that players will be held responsible for the way they circulate in public while the coronavirus remains present.Players were told weeks ago on a conference call with NFLPA leadership that they could face discipline, including fines, for conduct detrimental to the team if they are found to have contracted COVID-19 through reckless activity away from the facility. This weekend’s memo reinforces that and says that such activity could allow a team to challenge the status of a COVID-19 diagnosis as a football injury.If such a challenge were to succeed, presumably the team could place the player on the non-football injury list, a move that would allow the team the option of not paying him.The memo also states: “Clubs/NFL can challenge designation as a football related injury if it can prove that the player contracted COVID-19 through engaging in high risk conduct below. (This issue remains open.)””Players are going to have to be careful outside the building,” Los Angeles Rams tackle Andrew Whitworth said last week on a conference call after disclosing that he and his entire family got the virus after one of them went to lunch with a friend. “All it takes is one exposure, and it can spread like wildfire.”  Copyright © 2020, ABC Audio. All rights reserved.