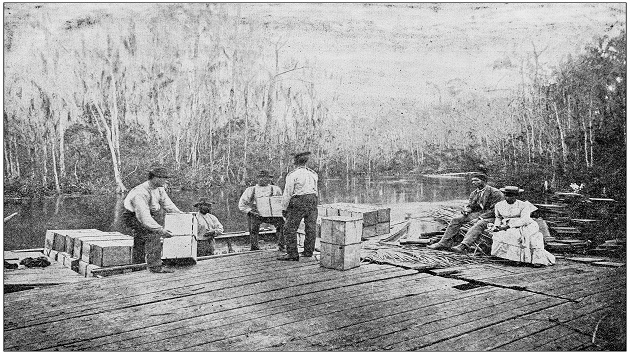 (WASHINGTON) — Sen. Tom Cotton, R-Ark., clarified controversial comments he made over the weekend after coming under fire for claiming that America’s Founding Fathers considered slavery a “necessary evil.”Cotton attempted to explain comments he made during an interview with the Arkansas Democratic-Gazette, in which he criticized The New York Times over an initiative that would reframe U.S. history lessons by marking the country’s founding as 1619, the year the first enslaved Africans arrived in Virginia.”This is the definition of fake news,” Cotton tweeted Sunday. “I said that *the Founders viewed slavery as a necessary evil* and described how they put the evil institution on the path to extinction, a point frequently made by Lincoln.”Cotton faced fierce backlash over the weekend after the Arkansas Democrat-Gazette published an article about the senator’s efforts to target the Times initiative.”We have to study the history of slavery and its role and impact on the development of our country because otherwise we can’t understand our country,” Cotton said in the interview. “As the Founding Fathers said, it was the necessary evil upon which the union was built, but the union was built in a way, as Lincoln said, to put slavery on the course to its ultimate extinction.”In response, Cotton, a strong ally of President Donald Trump, said he’s working on legislation that would withhold federal funding from schools that implemented the 1619 curriculum.Cotton said he drafted the “Saving American History Act of 2020″, claiming that America was founded on the ideals of the Declaration of Independence rather than on the history of enslaved people, which began more than 100 years before the Declaration was signed. His bill would also make schools that teach the 1619 Project ineligible for federal professional-development grants.”The New York Times’s 1619 Project is a racially divisive, revisionist account of history that denies the noble principles of freedom and equality on which our nation was founded. Not a single cent of federal funding should go to indoctrinate young Americans with this left-wing garbage,” Cotton said in a release.”Curriculum is a matter for local decisions, and if local left-wing school boards want to fill their children’s heads with anti-American rot, that’s their regrettable choice,” he told the paper. “But they ought not to benefit from federal tax dollars to teach America’s children to hate America.”Cotton called the proposed reinterpretation “a distortion of American history,” according to the paper. He dismissed the 1619 Project as “left-wing propaganda” and “revisionist history at its worst,” the paper reported.Cotton said he doesn’t, personally, support the concept that slavery was a “necessary evil,” but Times reporter Nikole Hannah-Jones pushed back on those claims via Twitter, saying, “You said, quote: ‘As the Founding Fathers said, it was the necessary evil upon which the union was built.’ That ‘as’ denotes agreement. Further, if by path to extinction you mean growing the enslaved (population) from 500k to 4 million at Civil War, a war fought over slavery, then, ok.”Cotton responded to Hannah-Jones’ tweet on Sunday, calling it “more lies from the debunked 1619 Project.””Describing the *views of the Founders* and how they put the evil institution on a path to extinction, a point frequently made by Lincoln, is not endorsing or justifying slavery,” he tweeted. “No surprise that the 1619 Project can’t get facts right.”ABC News’ Bobby Gehlen contributed to this report. Copyright © 2020, ABC Audio. All rights reserved.