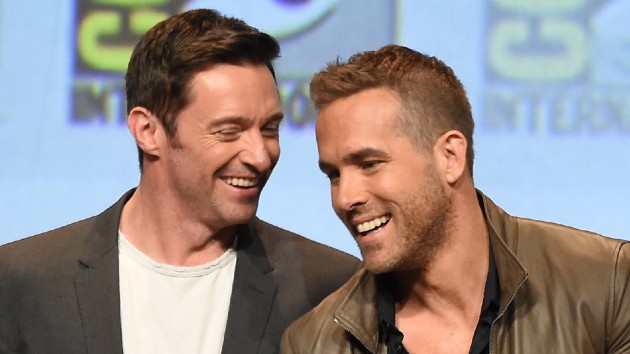 Photo by Kevin Winter/Getty Images(LOS ANGELES) — In a chat with E! about his brand-new Emmy nomination for his work in the HBO film Bad Education, Hugh Jackman fit in his latest jab in his faux feud with IRL pal Ryan Reynolds.

Jackman was asked about the reaction to his big news today, and the Aussie actor responded, “Lots of texts from everyone I know, nothing from Ryan.” Looking at his phone, he then pretended to read a message from Reynolds’ better half, Blake Lively.

“But Blake…Hang on, I’m just reading it now. ‘He’s devastated. He says he’s not getting out of bed for three days. This is the greatest gift you’ve ever given me."”

Jackman insisted he’d be dressing for the Emmys, even though they’re likely going to be virtual, with the caveat, from “the waist up.”

The 72nd Emmy Awards will will be broadcast Sunday, Sept. 20 starting at 8 p.m. Eastern time on ABC. Jimmy Kimmel is hosting the event.