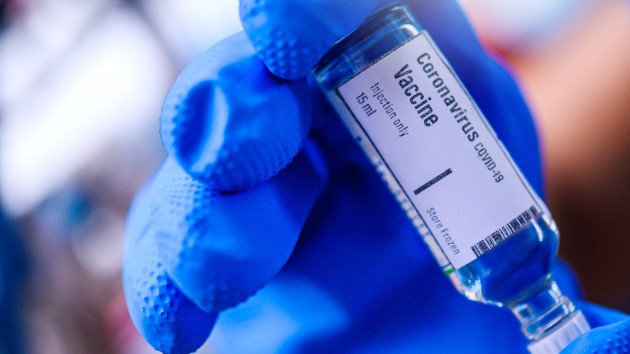 simon2579/iStockBy ARIELLE MITROPOULOS and SONY SALZMAN, ABC News(NEW YORK) — As coronavirus cases continue to climb in hot spots across the U.S., positive results from the first phase of several drug trials have raised hopes that a vaccine will soon help Americans return to a normal life.But experts are stressing that even if the vaccine is not 100% effective, it will still be a safe and important tool in the fight against the virus. In fact, “vaccines are never 100% effective,” said Dr. Michael Ryan, executive director of the World Health Organization’s Health Emergencies Program, during a question and answer session on Wednesday.”The idea that we’re going to have a vaccine in 2-3 months, and then all of a sudden this virus is going to go away — I would love to be here saying that to you, but that’s just not realistic,” Ryan said.There is always a small percentage of people who are not protected after vaccination, while for others, the protection may diminish over time, according to the WHO.In assessing a vaccine’s effectiveness within the general population, experts work to estimate the percentage of vaccinated people that would be expected to be protected by the vaccine. The annual flu shot’s effectiveness, for example, generally ranges between 40-60%, according to the Centers for Disease Control and Prevention. Hence, on average, the flu vaccine reduces a person’s risk of a flu outcome by 60%.There are several factors that impact a vaccine’s effectiveness, such as an individual’s age, comorbidity, and prior exposure to the disease. The vaccine’s own characteristics — its composition, its mode of delivery, whether it’s live or inactive — also determine its effectiveness, according to a study published by the American Society for Microbiology.Vaccines generate immunity in “most” people, said Ryan, pointing to the measles vaccine as an example of a “highly effective” vaccine that provides immunity to approximately 95% of people.Among the vaccines currently recommended as part of the U.S. Childhood Immunization Schedule, three doses of the polio vaccine are 99-100% effective, two doses of the chickenpox vaccine are about 90% effective, and one dose of the MMR vaccine is about 97% effective at preventing rubella, according to the CDC.However, scientists still do not know how effective a COVID-19 vaccine will be, said Ryan. As of July 28, the WHO reports there are 25 vaccine candidates in clinical evaluation.The Food and Drug Administration announced it is aiming for the vaccine to have at least 50% effectiveness, and it may require boosters.But experts say just because a vaccine is not perfect, it doesn’t mean it’s not life-saving.”There are pathogens out there in which we get booster shots,” Richard Kuhn, Trent and Judith Anderson Distinguished Professor in Science at Purdue University, told ABC News. “You get a tetanus shot every 10 years. You are getting protected, but it’s not going to be forever.””We don’t have a perfect world,” Kuhn said. “You need a vaccine, and you need to get vaccinated.”Is a vaccine safe if it is not 100% effective?“Most people think about vaccines as something personal — they take a vaccine because they don’t want to get sick. But vaccination is not about the individual … it’s about protecting your community,” Dr. Deborah Fuller, professor of microbiology at the University of Washington, told ABC News.”Viruses are an equal opportunity invader. They will infect anyone they can,” Fuller said.They can, in fact, incapacitate an entire nation, as COVID-19 has done in the United States and many other countries.But as more people are vaccinated, many will acquire immunity to infection — and thus the virus will have fewer hosts to invade.”When you hit about 50% immunity in the population, that’s the pivot point where you will start to see a decline in the number of people getting infected,” explained Fuller.A virus that is at least 50% effective will have other benefits, according to Angela Rasmussen, Ph.D., a virologist at Columbia University who studies highly pathogenic viruses.Rasmussen said it would “help tremendously by reducing disease severity and possibly decrease not only the likelihood of death, but also the number of cases with lasting long-term health problems. This would also be hugely beneficial in relieving the burden on the health care system caused by COVID-19.”How many people will need to be vaccinated to see a decline in infections?“This question goes to the heart of herd immunity and is different depending on how transmissible the virus is, what demographics are most susceptible, and how efficacious the vaccine is,” said Fuller.”The measles virus is highly transmissible, and you need 93-95% of the population vaccinated,” she explained. “For influenza, 70% vaccination rate is required, yet each year we fall short of that — which is why even in a typical flu season we still see 30-60,000 people die from flu each year.”There is still much that we do not know about COVID-19 — such as its transmissibility and how effective a vaccine will be — in order to determine for sure what percentage of the population will need to be vaccinated, Fuller said.However, Fuller said, a new study published by the American Association with the Advancement of Science estimates that only about 43% of the population will need to be immune to achieve herd immunity against COVID-19.”If true, it’s really good news,” she said.Experts say that public distrust in vaccinations is particularly high these days, and there is concern among officials that a significant number of Americans will refuse to get the shot — which itself could prolong the duration of the pandemic.Despite such concerns, Fuller says that “we have to remember that the real enemy is the virus and the virus doesn’t care about your politics, your race, your sex or your wealth.””The real war is people versus the virus, and vaccines and masks are our weapons,” she said. “We need to find a way to band together as a community, as a population, to use these weapons to fight this virus. Or we risk letting this virus win.” Copyright © 2020, ABC Audio. All rights reserved.