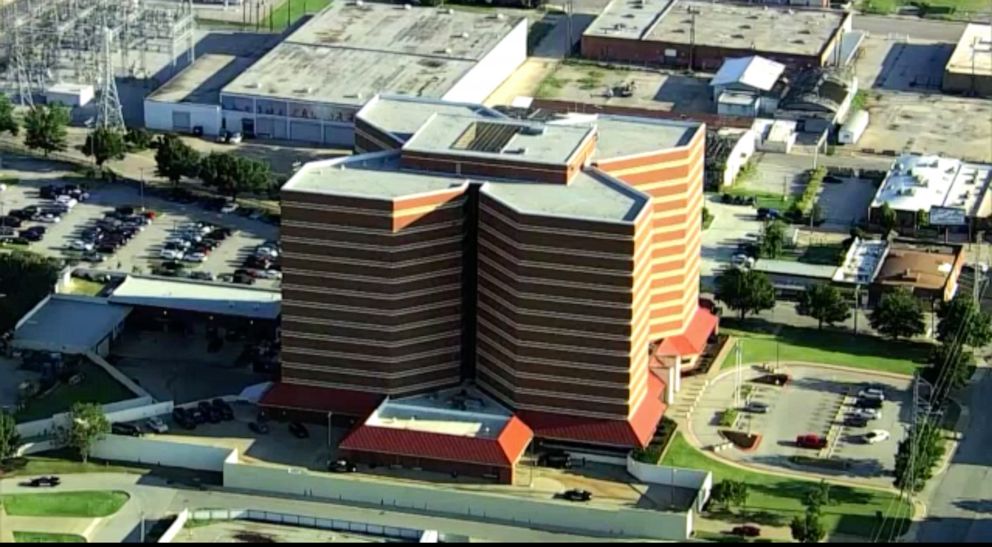 KOCO-TVBy ABC News(OKLAHOMA COUNTY, Ok.) — An Oklahoma inmate has been taken into custody after breaking out of his 12th-floor jail cell window and shimmying down what appeared to be sheets tied together.Pablo Robledo, 34, escaped from Oklahoma County Jail with his cellmate, Jose Hernandez, early Friday morning, according to authorities.Just before 7 a.m., the Oklahoma City Police Department notified the Oklahoma County Detention Center that it had detained an injured Hernandez, according to authorities, who said the OCDC then determined that Hernandez and Robledo had gone missing.Officials said they believe Hernandez, who was taken to a hospital, broke his leg after jumping from the fourth floor, ABC Oklahoma City affiliate KOCO reported.Online records show Robledo was being held since June 2019 on charges including first-degree murder, assault and battery with a dangerous weapon, and misdemeanor domestic abuse.Copyright © 2020, ABC Audio. All rights reserved.