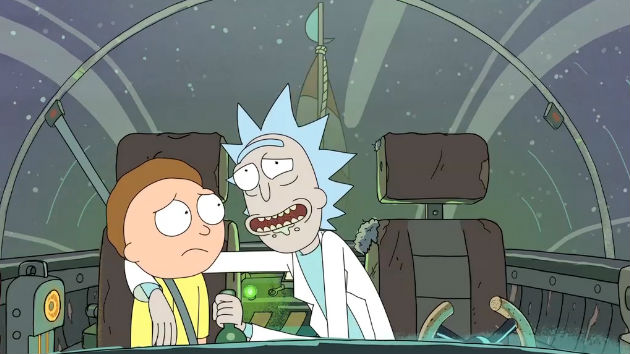 Adult Swim(LOS ANGELES) — We all have that TV show that we just don’t “get” in terms of popularity, and that led the website Reviews.org to poll Americans by state to see which popular shows they think are the most overrated.

Long story short: eight states named Parks and Recreation as the most-overrated show, the most by state.

However, by population — because tiny Rhode Island doesn’t like Parks and Rec — the beloved animated show Rick and Morty, which was named most overrated by 7 states, including Maine, Wyoming, and Arizona, technically earned the “most overrated” title.

Fifty-eight percent of those polled called the absurdist show overrated, the most overall.

For the record, they’re wrong.

Other neat factoids the survey revealed:

64% of women said Game of Thrones is overrated.
60% of men said Friends is overrated.
On average, people over the age of 54 said every show on Reviews.org’s list is overrated 64% of the time.

Here’s the full listing by state: