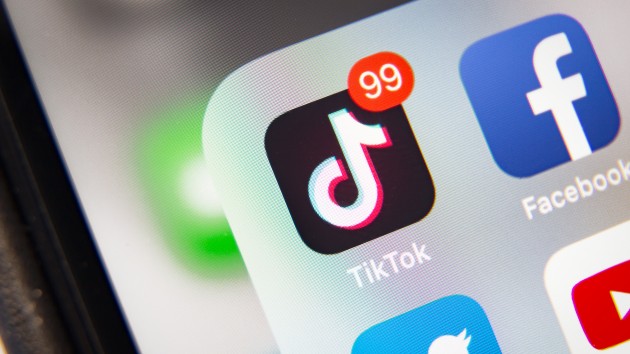 Anatoliy Sizov/iStockBy LIBBY CATHEY, ABC News(WASHINGTON) — President Donald Trump has changed his tune on TikTok — somewhat.Backing away from an immediate ban, Trump said on Monday if Microsoft or another “secure” and “very American” company doesn’t buy the U.S. leg of the Chinese-owned operation by Sept. 15, the wildly-popular video app will cease operating in the U.S.”I set a date of around Sept. 15, at which point it’s going to be out of business,” Trump told White House reporters. “But if somebody, and whether it’s Microsoft or somebody else, buys it, that’ll be interesting.”Adding that the brand name is “hot” right now, Trump said, “It’s a great asset, but it’s not a great asset in the United States unless they have the approval of the United States. So it’ll close down on Sept. 15, unless Microsoft or somebody else is able to buy it and work out a deal.””TikTok is loved by 100 million Americans because it is a home for entertainment, self-expression, and connection,” a TikTok spokesperson said in a statement Monday night. “We’re motivated by their passion and creativity, and committed to continuing to bring joy to families and meaningful careers to those who create on our platform as we build TikTok for the long term. TikTok will be here for many years to come.”The president had threatened to ban the app through executive authority amid security concerns with its Beijing-based parent company, ByteDance, but his softened position Monday followed a call with Microsoft’s CEO as the company enters talks to purchase TikTok in the U.S.After Microsoft disclosed the news in a blog post Sunday, Trump confirmed he spoke to its CEO, Satya Nadella, over the weekend on the potential acquisition and called their conversation “great.””He called me to see whether or not — how I felt about it and I said, ‘Look, it can’t be controlled for security reasons by China. Too big, too invasive and it can’t be,"” Trump said, adding he recommended Microsoft buy the entire company as opposed to one leg of it, which Trump said can get complicated.In the earlier statement, Microsoft, on track to benefit from an increased social media app presence, confirmed its interest.”Microsoft fully appreciates the importance of addressing the President’s concerns. It is committed to acquiring TikTok subject to a complete security review and providing proper economic benefits to the United States, including the United States Treasury,” the statement read.The company said it and ByteDance have provided formal notice of their intent to explore a deal to the Committee on Foreign Investment in the United States, which would result in Microsoft owning and operating TikTok services in the U.S., Canada, Australia and New Zealand.Amid concerns about security and censorship surrounding the potential acquisition, Microsoft went on to say it would ensure that all private data of TikTok’s American users is transferred to the U.S. and that if any such data is currently stored or backed-up outside the country, Microsoft would ensure it’s deleted after transfer.The statement ended with a warning that “discussions are preliminary and there can be no assurance that a transaction which involves Microsoft will proceed.”Trump on Monday appeared to suggest Microsoft would have to pay the U.S. government in order to complete the deal and compared the relationship of the app in the U.S. to that of a landlord and tenant, saying, “Without a lease, the tenant has nothing.””A very substantial portion of that price is going to have to come into the Treasury of the United States. Because we’re making it possible for this deal to happen,” Trump said. “Right now they don’t have any rights, unless we give it to them. So if we’re going to give them the rights, it has to come into this country.”It’s unclear under which federal authority Trump is speaking to as the U.S. government does not take cuts of the deals it approves.The video app has an estimated 65-80 million active monthly users in the U.S., who share short videos with quick edits, music and filters.It has become the subject of intense scrutiny with Secretary of State Mike Pompeo casting the app as a national security threat.