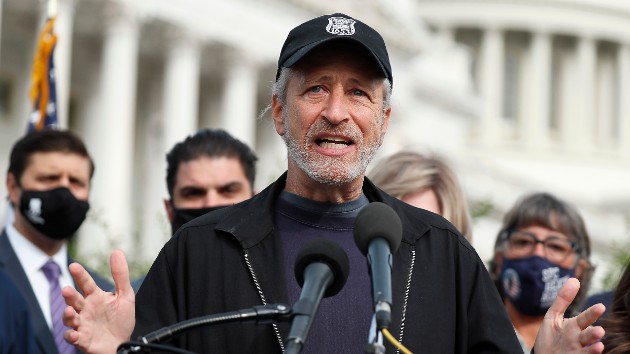 (WASHINGTON, D.C.) — Jon Stewart may be a comedian but he’s not joking when it comes to fighting for America’s veterans.

On Tuesday, the television host made a trip to Washington D.C. where TMZ was able to catch up with him and get a deeper understanding of the purpose of his trip.

When asked what he was doing at Capitol Hill lobbying Congress, Stewart responded, “Putting forth a bill to help veterans that were exposed to toxic smoke from burn pits…. now unfortunately they’re sick and dying and the VA is not responding to them.”

“Just trying to get these people that fought for us what they deserve,” he added.

Stewart noted that the bill would be “very similar to the 9/11 bill,” however, it seems one thing is getting in the way of getting the bill passed — money.

“It’s about money. They’re going to pretend that it’s about something else but its all about money,” he said. “The money exists in the defense department, they’re just aren’t allocating it to the right area.”

But don’t think this is a political issue for The Daily Show’s former host. When asked whether President Donald Trump or Democratic Presidential nominee Joe Biden would be a better pick to help the cause, he snapped, “This has nothing to do with that.”