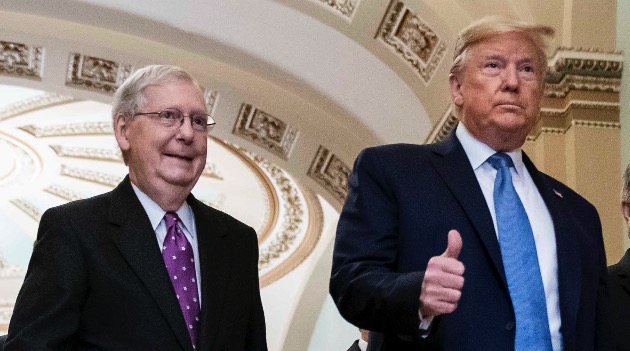 (WASHINGTON) — In a remarkable move, the Senate on Thursday unanimously passed a resolution reaffirming its commitment to a peaceful transition of power in the wake of President Donald Trump’s refusal to do so if he loses the election.The measure, authored by Democratic Sen. Joe Manchin of West Virginia, warns, in part, “Whereas any disruption occasioned by the transfer of the executive power could produce results detrimental to the safety and well-being of the United States and its people …” and ends saying that the Senate “intends that there should be no disruptions by the President or any person in power to overturn the will of the people of the United States.”

The winner of the November 3rd election will be inaugurated on January 20th. There will be an orderly transition just as there has been every four years since 1792.