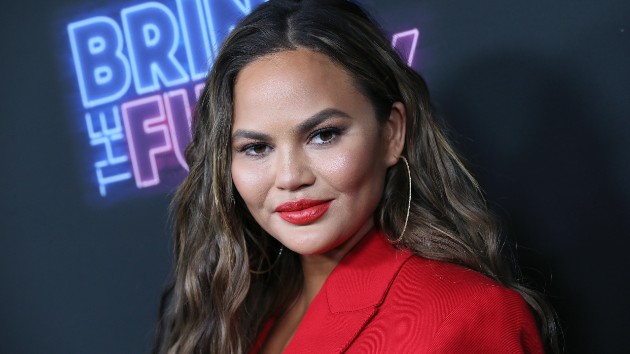 On Sunday, the model revealed on her Instagram Stories that she was hospitalized for excessive bleeding.Teigen, who’s about halfway through her third pregnancy, has been on weeks of mandatory bed rest and said her bleeding issues have been going on for a “little less than a month” due to a weak placenta.

“Basically he’s the strongest, coolest dude in the sh***iest house. His house is just falling apart,” she said of her baby boy. “It didn’t have a good foundation to begin with, though. He didn’t have the strongest chance at the very, very beginning.”

“It’s just hard because there’s not much you can do,” she added. “I’m in that weird in-between time of it being really dangerous to try anything.”

“Basically if I can make it through the next few weeks, if little boy can make it through the next few weeks, then, you know, we can go from there and be able to kind of get through the danger zone or whatever,” Teigen said. “But we have to get through this first. So yeah, it is scary. But it’s scary in the way that there’s just really nothing to do.”Teigen’s husband, John Legend, was staying in the hospital room with her and she later documented him making her sandwich. The two share four-year-old daughter Luna and two-year-old son Miles.