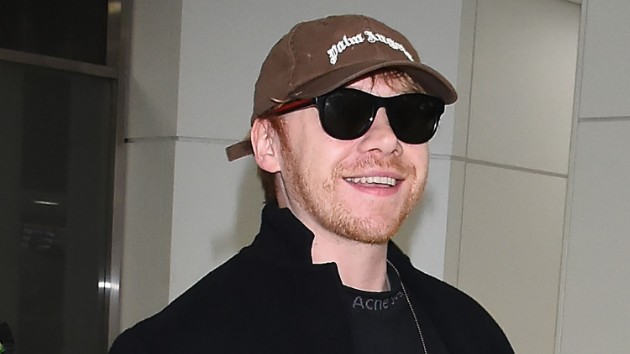 (LONDON) — Harry Potter star Rupert Grint finally joined the rest of his co-stars on Instagram.  However, his debut on Tuesday was made all the cuter when he dedicated his first post to his newborn daughter.

Grint, 32, gave fans their first glimpse of his little girl and, not only that, he finally revealed her name.

“Hey Instagram….only 10 years late, but here I am. Grint on the Gram,” the Servant star cheerily captioned the sweet photo of him cuddling his newborn. “Here to introduce you all to Wednesday G. Grint.”

Little Wednesday, dressed in an oversized hot pink sweater, is snuggling close to her father in the adorable selfie.  Unlike her red-headed father, however, her head is barely covered in peach fuzz.

Grint and girlfriend Georgia Groome welcomed their little one into the world in May, just a month after the two first announced they had a baby on the way.  Wednesday is their first child together.

Shortly after the announcement was made, the actor’s Harry Potter co-star, Daniel Radcliffe, gushed about the newborn during his appearance on Watch What Happens Live With Andy Cohen.

“I’m so happy for him,” said Radcliffe when asked about how Grint was adjusting to fatherhood at the time. “It’s very, very cool.”