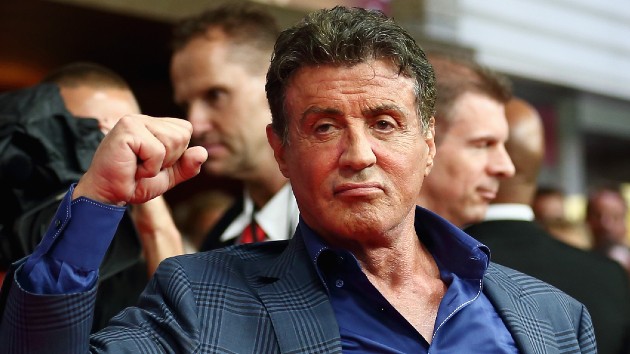 “Always love working with my friend @officialslystallone & our work today on #TheSuicideSquad was no exception,” Gunn shared on Instagram. “Despite Sly being an iconic movie star, most people still don’t have any idea what an amazing actor this guy is.”

Stallone later confirmed the news on his Instagram, captioning a photo of Deadline‘s report, “Working with this incredible Director on this astounding project has made this an amazing year. I am a very lucky man to be surrounded by such talent.”

Gunn previously announced that filming had concluded in February, so the extent Stallone’s role remains unclear.

Stallone previously worked with Gunn on Guardians of the Galaxy Vol.2, in which he played Stakar Ogord, who turns into the hero Starhawk.

The stand-alone sequel also includes several other recurring Gunn players like Guardians of the Galaxy vet Michael Rooker as the super-smart fighter Savant, Nathan Fillion as TDK, and Gunn’s brother Sean, who performed Rocket Raccoon on set in the Marvel movies as the man-sized bipedal animal.