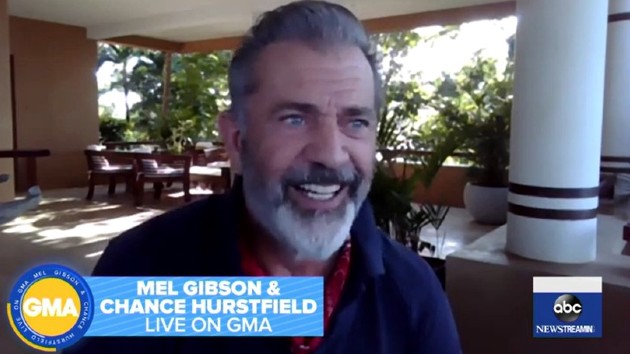 (LOS ANGELES) — At 64 and 74 years old, respectively, Mel Gibson and Danny Glover are evidently not “too old for this…” er, stuff.

Gibson was promoting his role as a disgruntled Santa in the new revenge movie Fatman when Strahan asked about the movie series and the 1987 original, which many fans consider a go-to Christmas movie, because of the holiday season in which it’s set.

So will Riggs and Murtaugh ride again?

“[A]bsolutely,” Gibson replied. “And the man behind all that, the man who brought it to the screen, and gave it the goodies is working on it right now,” Gibson said of Donner, adding, “He’s a legend.”

The last time the gang was all together — including Rene Russo and Joe Pesci — was 1998’s Lethal Weapon 4. No word on if the latter pair will also be a part of the fifth film.

Fatman, which also stars Walton Goggins and Marianne Jean-Baptiste, is now playing, and comes to Video On Demand platforms November 24.