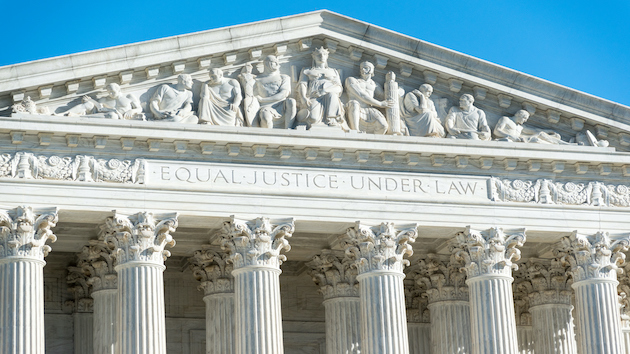 (WASHINGTON) — President Donald Trump‘s sweeping order to exclude undocumented immigrants “to the maximum extent feasible” from the 2020 census faced skepticism Monday from a majority on the U.S. Supreme Court, even as several key justices showed openness to affording Trump some discretion in a tally that could have a major political impact.

By subtracting millions of immigrants from the census total, Trump hopes to shape the apportionment of congressional seats, the allocation of billions in federal funds and the contours of the nation’s electoral map for at least the next decade. If he succeeds, it would be the first time in 230 years that the process would exclude large swaths of people inside the U.S.

The Constitution requires an “actual enumeration” — or, census — be performed every 10 years to account for changes in population and that decennial redistricting be based on “the whole number of persons in each state,” regardless of citizenship or immigration status.

“There’s evidence that in the founding era, an inhabitant was a dweller who lives or resides in a place,” Barrett said. “If an undocumented person has been in the country for 20 years, even if illegally, as you say, why would some person not have a — such a person not have a settled residence here?”

Wall argued that Trump has discretion to exclude “at least some illegal aliens,” especially those without deep ties to the country such as those caught recently crossing the border or others in ICE detention slated for removal. But Wall could not specify how Trump might draw the line or how many undocumented immigrants fall into each subcategory proposed by the administration.

The uncertainty challenged the justices as they tried to chart a resolution.

“I find the posture of this case quite frustrating,” said Justice Samuel Alito. “It could be that we’re dealing a possibility that is quite important. It could be that this is much ado about very little. It depends on what the Census Bureau and the Department of Commerce are able to do.”

Some justices suggested the court should possibly wait to rule until after the count is complete and apportionment of congressional seats comes into focus.

Dale Ho, the ACLU attorney challenging the Trump order, countered that there is “at least a substantial risk of a shift in the apportionment now” that warranted immediate action by the court.

Justice Brett Kavanaugh called the case against a “categorical exclusion of all unlawful non-citizens” from the census “forceful,” but suggested Trump could potentially revise his order.

“Couldn’t he substitute a new policy,” Kavanaugh said, “by saying we’re going to exclude some subsets (of undocumented immigrants) and then there’ll be litigation on that and we’ll be right back here?”

“Whether or not that particular policy would be lawful is a different question,” replied Ho.

Justices Breyer, Kagan and Sotomayor suggested that they see the text of the Constitution and federal law as clearly requiring a fully inclusive census count for purposes of apportionment.

“The census says ‘where you’re living,"” said Sotomayor. “I’m not sure how you can identify any class of immigrant that isn’t living here in a traditional sense. This is where they are.”

“You cannot declare them to be gone,” she said of undocumented immigrants. “Their undocumented status doesn’t remove their presence.”

New York is one of 20 states asking the court for a swift decision before Trump, by law, must deliver his apportionment report to Congress in early January.

“So apportionment already begins,” Sotomayor said of the rapidly progressing timeline. “We’d have to unscramble the egg” if the court waits.