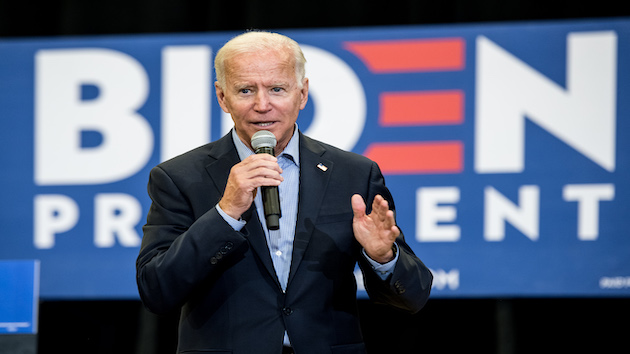 (NEW YORK) — President Donald Trump is slated to hand over control of the White House to President-elect Joe Biden in 46 days.

Here is how the transition is unfolding. All times Eastern.

Trump and his allies have lost 3 more cases

Trump and his allies lost three more cases in their effort to litigate his defeat to Biden by more than 6 million votes. Judges in Georgia, Michigan and Nevada continued to show little patience for the president’s effort.

The 11th Circuit Court of Appeals on Friday dismissed an appeal from former Trump lawyer Sidney Powell seeking an investigation of Dominion machines and sent the case back down to the lower court to be litigated there, saying it does not have jurisdiction to hear the case.

The lower court’s ruling in the case– which is seeking to reverse President Trump’s loss in the state– had actually given Powell a partial win and ordered the state to freeze the machines while the case was heard. Powell appealed anyway — a move the judges found objectionable.

A Michigan Court of Appeals on Friday also denied the Trump campaign’s request to appeal a defeat in a lower court in a 2-1 decision, saying the issue is now moot. The suit, which sought to halt the counting of ballots in the state, had been rejected by a lower court nearly a month ago and sat untouched on appeal for over three weeks — rejected by a judge as “defective” and only corrected by the campaign just a few days ago.

Another GOP attempt to overturn the 2020 election failed Friday in Nevada, where Carson City District Court Judge James T. Russell dismissed a case and prevented the GOP from bringing it back before the court. At issue were Nevada’s signature matching machines, which the GOP Plaintiffs alleged had failed to match mail-in ballot signatures closely enough to those on file, potentially accepting fraudulent votes.

One judge in Nevada called the GOP expert testimony  “of little to no value” and said the pro-Trump legal team “failed to meet their burden to provide credible and relevant evidence… to contest the November 3, 10 2020 General Election.”

Trump mounts another legal challenge to election, asking Georgia for a do-over

President Donald Trump filed a new lawsuit in Georgia Friday afternoon officially contesting the results of the election and requesting a do-over — another in a series of long-shot legal bids that have so far met with stiff resistance from the state’s Republican election officials.

This latest suit alleges that the state’s election code was “disregarded, abandoned, ignored, altered, and otherwise violated,” thereby allowing “a sufficient number of illegal votes to be included.”

The Trump campaign and its allies have filed similar lawsuits around the country more than 46 times, and have yet to gain traction. On the same day the campaign submitted the new Georgia suit, pro-Trump legal efforts met with defeat in Michigan and Nevada.

A Nevada judge ruled pointedly that the Trump team “failed to meet their burden to provide credible and relevant evidence … to contest the November 3, 2020 General Election.”

The new Georgia case specifically takes issue with changes made prior to the election involving mail-in ballot practices and signature matching rules. It also includes dozens of allegations of fraud based on witness affidavits, but with little evidence.