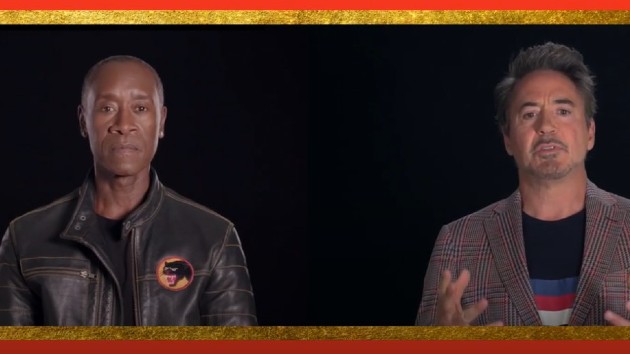 With a heartfelt video tribute from his former fellow Avengers Robert Downey Jr. and Don Cheadle, Chadwick Boseman was honored with the Hero for the Ages award. Downey said the “selfless” Boseman, who died of cancer in August, “truly embodied what it meant to be a superhero,” and that his life and work “will be celebrated for years to come…” Downey added that his former co-star “was most heroic when he was just being Chad.”

“He had an incredible power to unify people,” Cheadle said of Boseman.  “[T]he way he lived his life united people behind a higher purpose, and that will be his legacy.

The show also named the GOATs in various other categories, including movies and TV shows from the ’80s to today: