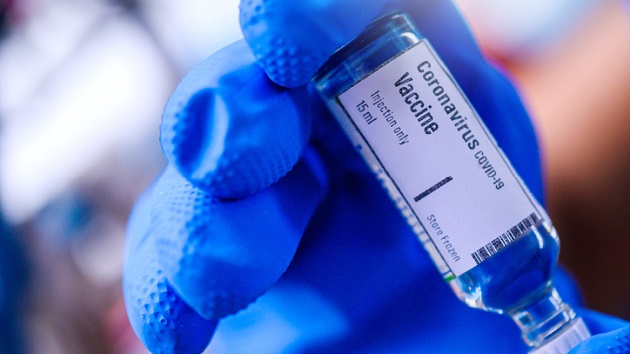 By DR. NICHOLAS NISSEN, ABC News(BOSTON) — With Pfizer and its partner BioNTech on the cusp of an authorized COVID-19 vaccine in the United States, a major ethical dilemma now stands in front of the companies and regulators: If the vaccine is authorized, what will happen to the thousands of people who volunteered to participate in Pfizer’s trial?That question was put forth before an independent committee of FDA advisors meeting Thursday to discuss the Pfizer vaccine.In big clinical trial experiments like the one Pfizer conducted to test its vaccine, not all volunteers are given the real shot. About half are given an inactive substance known as a placebo. In the Pfizer trial, half of the approximately 44,000 people who volunteered received a placebo shot. The other half received the vaccine which, after more than two months, proved to be 95% effective at preventing COVID-19.Under normal circumstances, an experiment like this would end as soon as a drug or vaccine is approved, and everyone who got a placebo would be offered the real thing. But these are not normal times. The COVID-19 vaccine would be made available through a special “emergency use authorization,” which is not the same as an FDA approval.With that emergency use authorization imminent, many bioethicists argue those who bravely volunteered should be immediately eligible to get the real vaccine. But others argue the nearly 44,000-person experiment should continue as if nothing had changed to ensure researchers can continue to study still-unanswered questions about the vaccine.From the start, all the people who volunteered for the study knew there would be a 50-50 chance they might get a placebo shot.“You disclose to them at the outset that it’s possible they’re going to receive a placebo,” Harvard Law professor Glenn Cohen said. “It’s not considered unethical,” he added, because researchers don’t yet know whether the experimental vaccine is effective.Steven Goodman, associate dean of clinical and translational research and professor at the Stanford University School of Medicine, explained during the FDA meeting Thursday that with every clinical trial, scientists face an ethical dilemma: the “choice between two actions that are both ethically justifiable under different moral frameworks or principles.””As long as there are still important things to learn about the vaccine, placebo-controlled trials should not be regarded as unethical,” he said. “However — and this is a big however — they might be infeasible,” because people may be reluctant to receive a placebo when an authorized vaccine is available, and trial participants may leave the study and get vaccinated in the community like everyone else.Having two groups of participants allows researchers to “hold everything equal, such that we are confident that any differences we see in the result are from the vaccine itself,” Cohen said. Big experiments are designed this way so scientists can know for sure if a vaccine is working significantly better than placebo.In the final analysis, Pfizer’s vaccine was 95% effective at preventing COVID-19 disease, and it has been shown to be safe over more than two months, the threshold for emergency authorization.For full approval, volunteers must be monitored for “a minimum of six months,” explained Dr. Anna Durbin, an infectious disease expert at the Johns Hopkins University School of Medicine.Within the first few weeks of authorization, there will only be enough doses for about 20 million Americans. The rest of society will be waiting for vaccine supply to catch up with demand.“As a physician, what I say to my [trial] volunteers is … if you are able to access a licensed COVID-19 vaccine out of the trial and it is recommended that you get vaccinated, you should get it,” Durbin said. “Your health and your safety are the top priority.”Caught in a complex conundrum, Goodman has described a possible compromise: a blinded crossover trial. This kind of study would involve giving the vaccine to placebo subjects and giving the placebo to vaccine subjects and then comparing their outcomes over time.Dr. Anthony Fauci said this kind of study design would be “one really good option for fulfilling the ethical constraints at the same time as you get new knowledge.” In other words, it would allow scientists to continue gathering important information about the vaccine while giving everyone the chance to get it.However, at Thursday’s FDA advisory committee meeting, Pfizer’s Senior Vice President William Gruber pushed back against the crossover design, pointing to the impracticality of additional visits, changes in consent forms and other logistics for nearly 44,000 participants. It appears that Pfizer’s most recent plan is to offer the vaccine at scheduled time points to all interested participants who are over age 16.With this tiered schedule, it’s likely that many trial volunteers will have to wait for the vaccine. This could present a challenge for researchers. The company had said eligible placebo subjects could move to the active vaccine arm of the study upon emergency authorization if they wished, meaning volunteers of all ages may have been under the impression they would be eligible to get it right away, jumping ahead of those who are eligible as part of state and local allocation strategies.“There will be great harm and backlash if people feel like they’re being denied vaccines because they participated in the trial,” Durbin said. “We have done a tremendous amount of community outreach trying to involve communities of color and Latinx communities in this trial, and part of the difficulty in that is that there’s a general mistrust of research and mistrust of the government.”For Durbin, thorough education and communication with trial participants will be critical for maintaining the public confidence in the vaccine trials and in future research endeavors.Nicholas Nissen, M.D., is a clinical fellow and resident physician at Harvard Medical School and a member of the ABC News Medical Unit.Sony Salzman and Arielle Mitropoulos contributed to this report.Copyright © 2020, ABC Audio. All rights reserved.