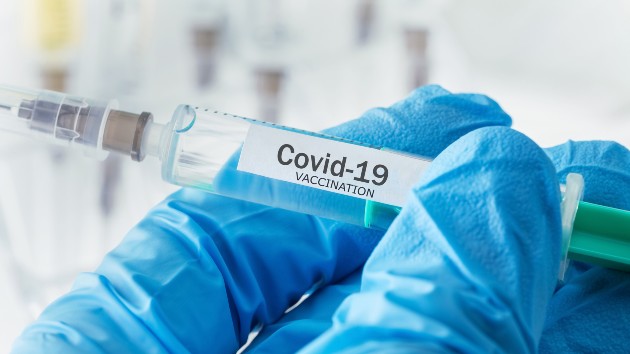 (NEW YORK) — In recent weeks, pharmaceutical giants Pfizer and Moderna published data showing their vaccines to be more than 90% effective — results hailed as a major scientific achievement.”I wasn’t even sure if we’d be able to do it — or if the vaccines would work at all,” Dr. David Kimberlin, an infectious disease pediatrician at the University of Alabama and prior president of the Pediatric Infectious Disease Society, told ABC News.But amid the excitement, misinformation about these vaccines is still spreading online.So how do these vaccines work? Are they be safe? How long with they last?With Pfizer and Moderna each on the cusp of receiving a historic emergency authorization from the Food and Drug Administration, here are the top five things to know about these vaccines:

1. They take a groundbreaking approachThe COVID-19 vaccines developed by Pfizer and Moderna work by delivering some of the virus’ genetic material into the body without administering any actual viral components.This approach, using a type of molecule called messenger RNA, has never before been approved. But according to experts, using a naturally occurring molecule is a source of reassurance.”It is a new type of vaccine, but remember, we all have messenger RNA in our body,” said Dr. Paul Offit, a vaccine expert at the Children’s Hospital of Philadelphia and a member of the FDA’s advisory panel. “It’s not like it’s a novel molecule — it’s a molecule that we all see.”

2. They were tested using essentially the same criteria as other vaccinesThe speed at which these vaccine trials were conducted has raised concerns about the quality and design of their supporting research. However, while the trials were conducted in a relatively short amount of time, they still mirrored traditional vaccine trials.”The studies that are being done are very robust compared with the standard vaccine studies or trials that would be conducted,” Dr. Anna Durbin, a professor at the Johns Hopkins Bloomberg School of Public Health, told ABC News.Generally, the key aspects of a clinical trial’s design are the number of participants, the use of a “control” group and the length of time volunteers are followed after they’re injected.For these trials “the construct is the same,” Offit explained. “Roughly half get placebo and half get the vaccine, and then they’re followed for a certain period of time.”

3. We don’t know how we’re protectedAlthough many expect the vaccines will be granted emergency authorization, regulators are waiting on more data before granting a full approval. That’s because one major difference between the ongoing COVID-19 vaccine trials and similar previous trials is the length of follow-up time.”In terms of efficacy, you’re only going to know that the vaccine is effective for a couple months, maybe three months. You don’t know if it’s effective for six months or a year, and that’s the critical difference,” Offit added. “That’s why the FDA is not licensing this product — because it wouldn’t be licensed within such a short period of time … it’s going to be approved through Emergency Use Authorization.”At this point, because the studies have lasted only a few months, we still don’t know whether those who get the vaccines are still protected from infection beyond a few months. But it’s been reported that those who received Moderna’s vaccine still had protective antibodies three months later.For Offit, early findings like Moderna’s are a source of confidence that immunity will persist.

4. Vaccines are generally safe in the long-term. And these are likely no different.For some, the speed of a likely FDA authorization raises a concern about whether long-term side effects may be missed. Experts largely aren’t overly concerned, based on what they’ve seen with earlier vaccines.Long-term side effects from vaccines are extremely rare. Bad reactions typically happen within a few weeks of receiving a shot.”When vaccines cause a problem, like the oral Polio vaccine that could itself cause Polio — it occurred in 1 per 2.4 million doses,” Offit explained. “Guillain-Barre syndrome — ascending paralysis — we know was a consequence of the swine flu vaccine, but that all occurred within six weeks of getting a dose.”Durbin agreed that because the trials have already lasted several months, while still shorter than traditional trials, they’ve still been over a long enough time period to capture potential long-term side effects.A second reason experts are less worried is because there will be regular monitoring of all vaccine recipients, meaning if complications arise they can quickly be addressed.”Everybody who gets vaccinated will be monitored for adverse complications,” added Durbin. “We do that every year with the influenza vaccine, we do it with other vaccines, and we will use it for these vaccines as well.”

5. Vaccines are our best chanceVaccine specialists interviewed by ABC News said that authorizing a COVID-19 vaccine includes a careful weighing of risks and rewards, and that the data collected so far show that they’re safe.Normally, vaccine studies take two or three years, but that’s not really an option.”Do you want to wait to do a two- or three-year trial when 260,000 people died this year?” Offit said. And so far, the clinical trials have “mitigated a critical amount of risk.””When you launch your medical product,” Offit continued, “it’s not because you know everything — you never know everything. The question is: Do you know enough, that the benefits of the vaccine clearly and definitively outweigh the theoretical risks?”Durbin perhaps best summed up the situation: “The bottom-line is, we can’t get out of this pandemic without a vaccine.”Copyright © 2020, ABC Audio. All rights reserved.