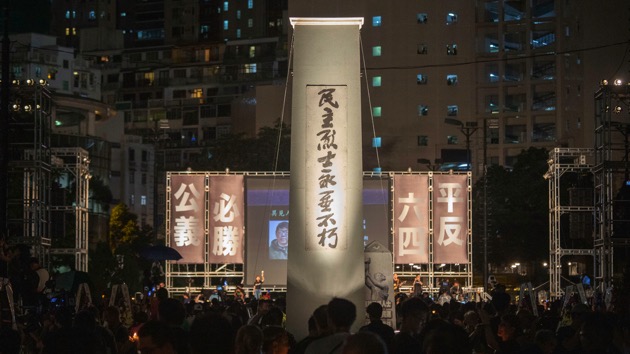 By AARON KATERSKY and ALEXANDER MALLIN, ABC News(NEW YORK) — A China-based executive of an American telecommunications company was charged Friday with disrupting video conferences meant to commemorate the Tiananmen Square massacre.Xinjiang Jin’s alleged conduct is part of what federal prosecutors in Brooklyn called the “Faustian bargain” China demands of U.S. technology firms that operate in the People’s Republic of China.”Jin worked closely with the PRC government and members of PRC intelligence services to help the PRC government silence the political and religious speech of users of the platform of a U.S. technology company,” said acting U.S. Attorney Seth DuCharme. “The charges announced today make clear that employees working in the PRC for U.S. technology companies make those companies — and their users — vulnerable to the malign influence of the PRC government.”The charging document doesn’t name the company, but a source familiar with the case told ABC News Jin worked for Zoom, which cooperated with the investigation.Jin is not in U.S. custody, but the FBI issued a wanted poster for his arrest.”No company with significant business interests in China is immune from the coercive power of the Chinese Communist Party,” said Assistant Attorney General John Demers. “The Chinese Communist Party will use those within its reach to sap the tree of liberty, stifling free speech in China, the United States and elsewhere about the Party’s repression of the Chinese people.”Jin served as Zoom’s primary liaison with Chinese law enforcement and intelligence services, and, according to the charging document, he regularly responded to requests from the Chinese government for information and to terminate meetings hosted on Zoom’s video communications platform.Jin also was responsible for proactively monitoring Zoom’s video communications platform for what the Chinese Communist Party considers to be “illegal” meetings to discuss political and religious subjects, according to prosecutors.Jin and others terminated at least four Zoom video meetings commemorating the 31st anniversary of the Tiananmen Square massacre, most of which were organized and attended by U.S.-based participants, such as dissidents who had participated in and survived the 1989 protests, prosecutors said.Copyright © 2020, ABC Audio. All rights reserved.