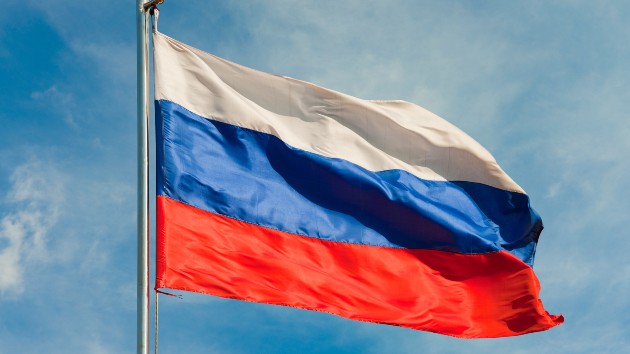 (NEW YORK) — The Kremlin critic Alexey Navalny said he has duped a Russian intelligence officer into accidentally admitting his and other officers’ roles in Navalny’s poisoning with a nerve agent this summer.Navalny on Monday posted audio online of a 49-minute call with the alleged officer, in which Navalny poses as a senior Russian official.In the audio, the man appears to confirm he was part of a team of operatives from Russia’s FSB domestic intelligence agency that poisoned Navalny and suggested they had exposed him to the Novichok nerve agent through his underwear.The call was recorded by the independent investigative group, Bellingcat, which last week published a highly detailed investigation that identified several FSB agents that it said had been part of a squad that trailed Navalny for years and were present in the Siberian city of Tomsk when he was poisoned.Russia has denied any involvement in Navalny’s poisoning and last week, President Vladimir Putin tried to dismiss the Bellingcat investigation, insisting it was invented by American intelligence agencies.Navalny and Bellingcat said they tried to phone two of the alleged agents, including the man in this call, identified as Konstantin Kudryavtsev, a member of the FSB trained at a military bio-chemical academy who previously worked at the biological warfare institute within the ministry of defense. They said the call took place last week, hours before the new Bellingcat investigation was published.In the audio, Navalny introduces himself as “Maxim Ustinov,” a fictional aide to the powerful head of Russia’s security council, Nikolai Patrushev. Navalny pretends he is calling around the members of the FSB team at the request of Patrushev to put together an after-action report to understand why they had failed to kill the opposition leader.Kudryavtsev, who responds when Navalny calls him by his name, is initially very cautious and repeatedly asks Navalny if they should speak on a secure line, but over the course of the call, he slowly answers questions about the operation.Kudryavtsev suggests his job had been to ensure no traces of the nerve agent were left on Navalny’s clothes that were confiscated by local police after he was rushed to the hospital in Omsk. Kudryavtsev says he traveled twice there to “process” Navalny’s belongings “so that there would be no traces.”He suggests his colleagues had put the nerve agent on Navalny’s underwear, telling him that was where he had been ordered to focus his cleaning efforts.“They told us to work on the inner side of the underpants,” he says.Asked by Navalny why they had failed to kill him, Kudryavtsev said he believes it was because the plane on which he fell sick conducted an emergency landing and paramedics at the airport quickly gave him atropine, which counteracts nerve agents.“The situation developed in a way that… not in our favor, I think,” he said. “If it had flown a little longer and they hadn’t landed it abruptly somehow and so on, maybe it all would have gone differently.”Kudryavtsev, several times and unprompted, refers familiarly to officers named by Bellingcat as part of the operation, including Col. Stanislav Makshakov, a chemical weapons expert who Bellingcat says phone records show spoke repeatedly with the other FSB officers trailing Navalny.He tells Navalny more than once to “call Makshakov,” who can tell him more about the nerve agent’s doses.Bellingcat said Navalny had also managed to briefly speak to another FSB officer, referred to in the call by Kudryavtsev, Mikhail Evdokimov, the head of the agency’s local anti-terrorism branch in Omsk. Evdokimov confirmed to Navalny — again posing as an official — that he had received Navalny’s clothes from Kudryavtsev, Bellingcat said, but he had refused to talk further on an unsecured line.The FSB on Monday rejected the call as “fake” and claimed it could only have been produced by “foreign security services.” In a statement, it said it was investigating it and suggested there could be consequences for the publication.In his denial last week, Putin tacitly acknowledged the FSB agents had tailed Navalny but said if they had wanted to poison him, they “would have finished the job.”Journalists and one of Navalny’s colleagues, Lyubov Sobol, on Monday tried to visit the apartment listed as Kudryavtev’s. A busload of helmed police later arrived and detained Sobol and removed the journalists from the building.Copyright © 2020, ABC Audio. All rights reserved.