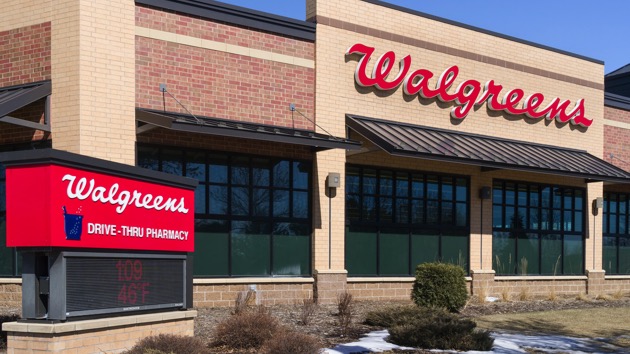 By ERIN SCHUMAKER, ABC News(LOUISVILLE, Ky.) — Members of the public in Kentucky lucked into getting vaccinated for COVID-19 on Christmas Eve when local Walgreens stores had extra doses that would have expired.The excess doses were offered to local first responders, Walgreens staff and residents in Louisville and Lexington, many of whom where older than 65, according to Walgreens spokesperson Phil Caruso.”COVID-19 vaccines are not available to the general public at this time,” Caruso said in a statement. “We experienced an isolated situation in which the amount of vaccine doses requested by facilities exceeded the actual need.”Kentucky Gov. Andy Beshear said Monday that pharmacies in both cities had extra doses of the vaccine after performing vaccinations in long-term care facilities and that offering those doses to the public went against protocol. It was unclear how many non-priority people had received vaccines.”I don’t think that this was intentional, and we have to understand that in an undertaking this massive that mistakes are going to happen,” Beshear said.Procedures are in place to make sure “the right thing happens next time,” he added.Kentucky is in Phase 1A of vaccine distribution, which only includes health care workers and people in long-term care facilities. The state is expected to move into Phase 1B in February, according to the governor.During an interview with Good Morning America on Tuesday, Dr. Ashish Jha, dean at Brown University School of Public Health, spoke about the difficulty local health departments are having distributing the vaccine without a national plan or funding.”The biggest problem is getting the vaccine from the states into people’s arms,” Jha said.”We’re starting to see departments of health that are really stretched having to try to figure out how to get all these vaccines into people and it’s going much more slowly than I think the federal authorities thought it would.”

New York City’s monkeypox vaccine rollout has had some issues. What went wrong?

Novavax asks FDA for emergency authorization of its COVID-19 booster

New COVID bivalent vaccine expected in US in the fall