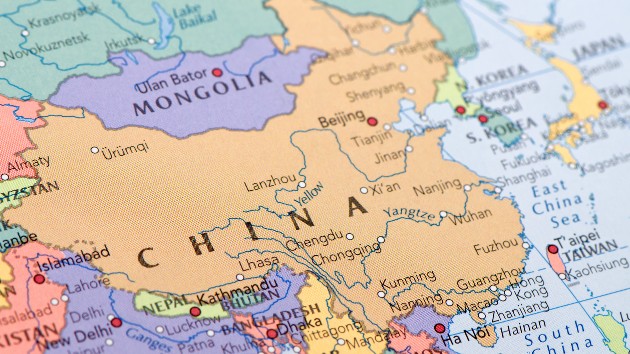 (NEW YORK) — COVID-19 travel bans and harsher media restrictions have provided the Chinese government some shade from the international spotlight in the wake of the country’s alleged human rights abuses.Experts, however, say it’s “business as usual” behind the iron curtains.A Chinese court sentenced Zhang Zhan, a 37-year-old citizen journalist who documented the early days of the novel coronavirus outbreak, to four years in prison last week after challenging the government’s official narrative of the pandemic.She is the first known Chinese citizen to face trial for documenting China’s COVID-19 outbreak. Zhang, a former lawyer, traveled to Wuhan from her home in Shanghai earlier this year at the outbreak’s peak to witness the virus’ toll on the bustling city where the pandemic began. She shared videos that showed crowded hospitals and residents worrying about their financial state.Zhang’s trial lasted less than three hours and she was convicted of “picking quarrels and provoking trouble.””Time and time again, we watch China violate its most basic domestic legal obligations, its own domestic legal obligations, simply to silence people whose views it doesn’t like,” Sophie Richardson, the China director at Human Rights Watch, told ABC News.But it’s not just specific people who have drawn the ire of the Chinese government allegedly being detained; in one case, its target is an entire group of people.Over the past several years, the Chinese government has incarcerated an untold number of its Muslim citizens — particularly in its Xinjiang region, home to most of its Uighur population. Circulating through either prisons or locations the U.S. Department of State has deemed “internment camps,” upwards of 10,000 Uighurs have been reported missing after incarceration or detention.When asked about the charges against specific citizens missing or detained in Xinjiang or other parts of China, the government often names ambiguous and vague charges — and has denied many of ABC News’ requests for further details about some of those incarcerated.When Ekpar Asat saw his sister four years ago, he promised he would return with their parents to witness her become the first ethnic Uighur to graduate with a master’s degree from Harvard Law School. But he never did.”I know he got home safely, but then my family canceled their visit to the U.S. for my graduation, they wouldn’t tell me why — they wouldn’t tell me what,” Ekpar’s sister, Rayhan Asat, told ABC News.Eventually, Rayhan understood that her brother was missing, and that her parents were too afraid to tell her.”Ekpar was nowhere to be seen,” she said, “and at that point, I was sure that he was [taken away].”Ekpar, a young Uighur tech-entrepreneur from Xinjiang, was returning to China from the United States when he went missing in 2016. He had been on a U.S. State Department-sponsored exchange program.”There hasn’t been a day passed that I haven’t thought about him,” Rayhan said. “I miss him every day.”It took several years before Rayhan was able to find out what happened to her brother.”Chinese citizen Ekpar Asat was sentenced to 15 years in prison on a conviction of inciting to split the country,” the Chinese government said in a statement to ABC News. “He confessed to his crime and is serving the sentence in good health.”The Chinese government did not respond when asked for more details concerning Ekpar’s charges, his whereabouts or proof of life — furthering Rayhan’s concern.”He was never critical of the Chinese government,” she said. “In fact, the Chinese government on multiple occasions on Chinese media extolled him as a bridge builder and positive force between ethnic groups and the majority.”Ekpar’s story is “disturbingly typical of what we’ve watched Chinese authorities do across China in the last couple of years,” Richardson said.This vague and ambiguous charge is not uncommon in China, especially of late. On Dec. 3, the government detained 40-year-old Chinese activist Ou Biaofeng, accusing him of “picking quarrels and provoking trouble.” Ou has been an outspoken critic of his government.In mid-December, Chinese authorities incarcerated Du Bin, a 48-year-old freelance photographer working for The New York Times, also on “suspicion of picking quarrels and provoking trouble.” Du’s recent book projects were critical of the Chinese government, though the charges do not say they’re connected to his crimes.For journalists, activists and victims, information on those missing or incarcerated in China has been hard to come by since the country closed much of its borders due to the coronavirus pandemic.”Even before the pandemic, we were unable to obtain any information about his well-being as he was forcibly disappeared,” Rayhan said. “The local and international lockdowns have further concealed the fate of millions of victims like Ekpar.”Copyright © 2021, ABC Audio. All rights reserved.