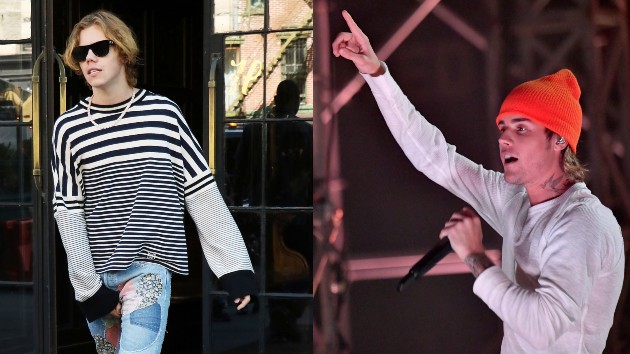 The Kid LAROI is riding high right now with his hit single “Without You” and a new management deal with Scooter Braun, the same guy who looks after Justin Bieber‘s career.  Justin and LAROI collaborated on Justin’s latest album, JUSTICE, and now the two are pals — which means LAROI is now the beneficiary of Justin’s many years of pop-star wisdom.

Speaking to ET Canada, LAROI says, “With Justin, I just literally feel I can call that dude and ask him anything. And there’s a great piece of advice he gave me. One day, I was on the way to a photo shoot, and we were on FaceTime, and I was like, ‘I’m tired, I don’t really wanna do this s***."”

LAROI says Justin told him, “Take it all in for a minute and just realize how lucky you are to be doing that.” He notes that Justin added, “This was our dream! Like, you’re literally living your dream. So just be grateful and take it in and just be nice to everyone.”

In other news, LAROI has been teasing a new song called “Stay,” which he claims Ron Perry, the head of his record label, won’t let him release. He’s asked his fans to spam Perry on Instagram and force him to change his mind. Stay tuned.

Anitta on how her “first hug of the year,” Jack Harlow, cast her in “First Class” video