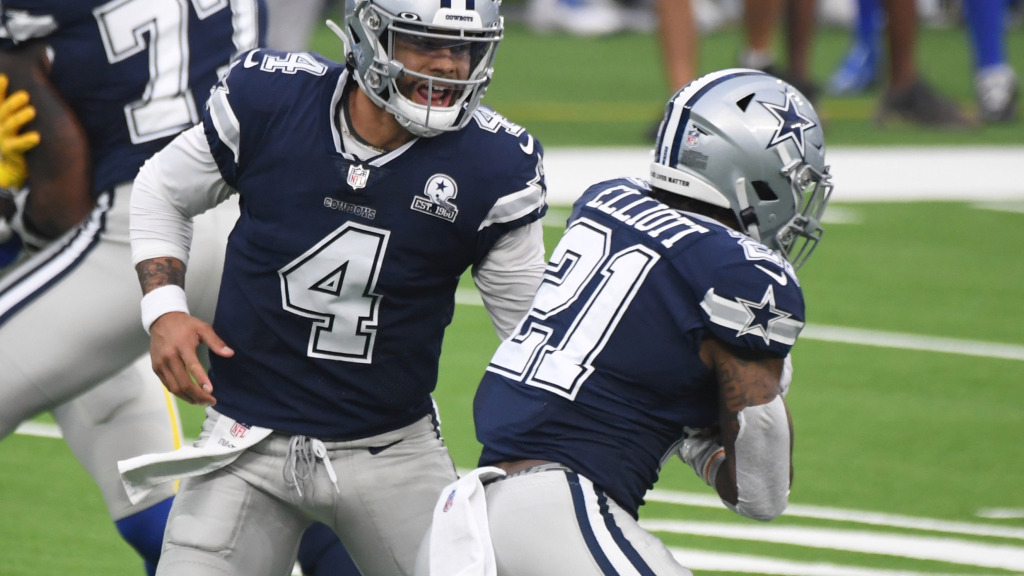 (CBSDFW.com)- Coming off the worst season of his young career in 2020, questions began to be asked about Cowboys running back Ezekiel Elliott. Could he return to form? According to what quarterback Dak Prescott has seen thus far, the answer is yes.

“Zeke looks great,” Prescott told media at the end of team minicamp. “He’s in the best shape of his life — looking fast. Everybody’s seen the clips of him working out independently with his running back coach. His cuts, just how explosive he is.”

The quarterback then went further to say that the back is in the “best shape of his life,” which could see him return to his status as the best back in the league.

“Excited to have a full year with him again and getting him healthy throughout the whole season. When Zeke’s healthy and Zeke’s doing his thing, he’s the best running back in the league,” Prescott said. “It’s just exciting to see him in the best shape of his life, or [at least the] best shape he’s been in the NFL. That’s going to be special for us moving forward.”

Offensive coordinator Kellen Moore agreed with Prescott’s assessment telling reporters that the 25-year-old has been “crisp” so far in workouts.

Elliott totaled just 244 carries and 979 yards with six touchdowns last season, marking the 2nd-fewest carries of his career and the lowest output in yards and touchdowns ahead of only his 2017 season when he missed six games. There were extenuating circumstances to those numbers of course.

The Cowboys offense was completely changed by the loss of Prescott to an ankle injury five weeks into the season. After that, opposing defenses were able to key in more on the Dallas run game, daring quarterbacks Andy Dalton, Ben DiNucci and Garrett Gilbert to beat them through the air.

With Prescott back under center, the expectation is that the offense will look more like the one that averaged over 32 points per game in the first five games.

The Cowboys kick off their 2021 season on Sunday, September 9 in Tampa Bay against the reigning Super Bowl champion Buccaneers with kick-off slated for 7:20 p.m. CT.