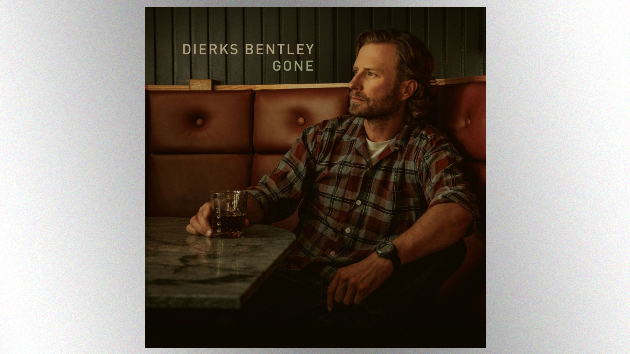 As Dierks Bentley‘s lead single from his next album, “Gone,” nears the top of the chart, the Arizona native admits he’s in no particular hurry to finish his follow-up to 2018’s The Mountain.

“I can’t believe this is the tenth one,” Dierks marvels. “You know, I’m just kinda taking my time. It’s been really fun.”

“I went into the studio with my band,” he continues, “and I was working with Brett Beavers from my first records. And then Jon Randall‘s also co-producing, who did the Up on the Ridge album. So just kinda of working on a neat kind of combination of those sounds.”

“And we spent two weeks in the studio together as a band,” he adds, “which is really fun, which certainly helps out the live show, having already spent so much time together as a group.”

Next up, Dierks and his boys launch the Beers on Me Tour August 13 in Salt Lake City, Utah, with Riley Green and Parker McCollum — with no guarantee he’ll be through tinkering with his new record by then.

“Just experimenting a little bit, you know,” he explains. “The first single… I worked with David Garcia on that, and I have some stuff that I’ve done with Ross Copperman, so I’m kinda just using this COVID craziness to experiment and look for great sounds, but certainly not settling till I find exactly what I’m looking for.”

“So it’s still a work in progress and I don’t feel overly stressed about that,” he says.

In the meantime, we shouldn’t be left without new music: Dierks confirms he already has several choices for the followup single to “Gone.”