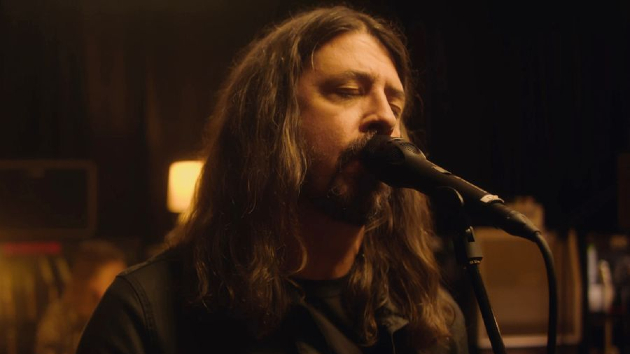 Foo Fighters are finally performing live again, but a recent concert for fully vaccinated fans only has been met with protests.

Billboard reports that the 11-time Grammy winning band performed at The Canyon Club in Agoura Hills, which required its 600 attendees to show proof of vaccination for the Tuesday show.

The mandate caused a crowd of protestors to show up at the venue, where they waved signs that equated the rule to Nazism and accused the band of promoting segregation, according to photos.

“No vaccine passports! Only Nazis ask for your papers,” one sign read while another remarked, “Foo Fighters fight to bring segregation back.”

The protest was also allegedly attended by NYPD Blue star Ricky Schroder, who was photographed standing among those waving signs.

Meanwhile, the Dave Grohl-fronted band hasn’t remarked on the protest, but did thank the club for hosting them.

“Thank you @canyonagoura!!! It was hot and loud…and we can’t wait to do it again,” the band said Wednesday on Instagram and uploaded several photos of the intimate performance.

The band’s next show will be Sunday at New York City’s Madison Square Garden, which is sold out.  The performance will mark the venue’s first concert since the COVID-19 pandemic shut it down in March 2020. The concert will also kick off the Foos’ 26th anniversary tour.

For the full list of dates and all ticket info, visit FooFighters.com.