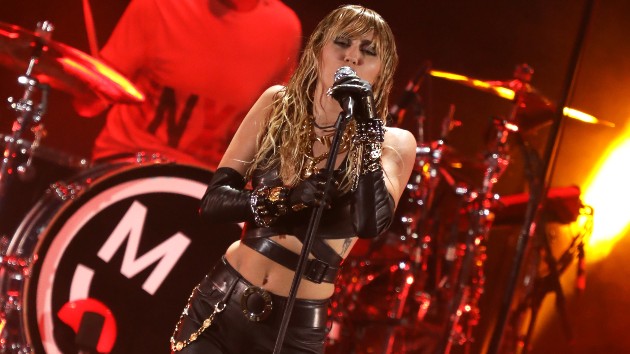 Miley Cyrus has teased the fact that she’s contributing to a Metallica tribute album, but now the guy who played drums on the track, Chad Smith of the Red Hot Chili Peppers, tells ABC Audio that the song she did is truly “epic” — not to mention movie-worthy.

Noting the rest of the lineup includes Metallica‘s Robert Trujillo, famed cellist Yo-Yo Ma and Grammy-winning producer Andrew Watt, Chad adds, “When do you get Robert Trujillo on bass, Chad, Andrew, Elton, Miley Cyrus and Yo-Yo Ma? It’s the Avengers! You could make a movie out of this thing!”

So far, there’s no release date for the Metallica tribute album, but Miley’s performed “Nothing Else Matters” several times in concert.  She may even play it on the string of live shows she has coming up, starting with a July 4 with a concert at Resorts World Las Vegas, followed by shows at Lollapalooza , Bottle Rock Napa, Summer Fest, Music Midtown and Austin City Limits.

In other Miley news, she wished her dad Billy Ray Cyrus a Happy Father’s Day on Sunday by posting a sweet series of pictures of them together over the years.

“HAPPY DADDYS DAY LEGEND!” she wrote. “@billyraycyrus thanks for teaching me the true meaning of a mullet!”  She also revealed he’ll be joining her on her upcoming Pride Month special I’ll Stand By You on the Peacock streaming platform June 25.