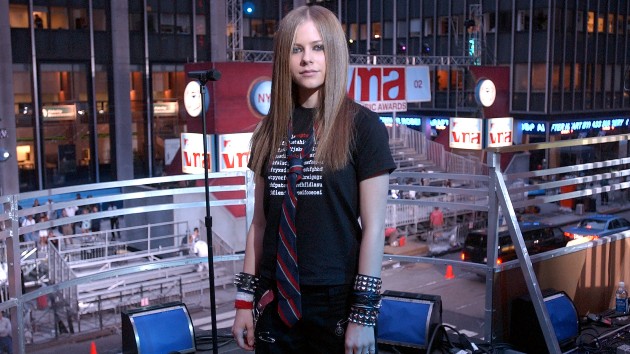 Avril Lavigne is finally on TikTok and made the big announcement with help from real-life “Sk8er Boi” Tony Hawk.

The two teamed up for the punk princess’ TikTok debut on Monday, which featured Avril lip-syncing her 2002 hit, before the camera cut to Hawk grinding on a series of ramps.

Avril also threw it back to her “Sk8er Boi” era by wearing a red and blue-striped tie similar to the one she rocked in the music video.

When she began mouthing the lyric “they had a problem with his baggy clothes,” she flipped her hair over her shoulders as the camera focused in on the tie.  Cut to Hawk — who was wearing the same tie.

It appears the skateboarding legend had a ball helping Avril film the lighthearted video: He’s seen grinning widely after doing a series of stunts.

As of early Tuesday, the collaborative video had been liked over two million times.