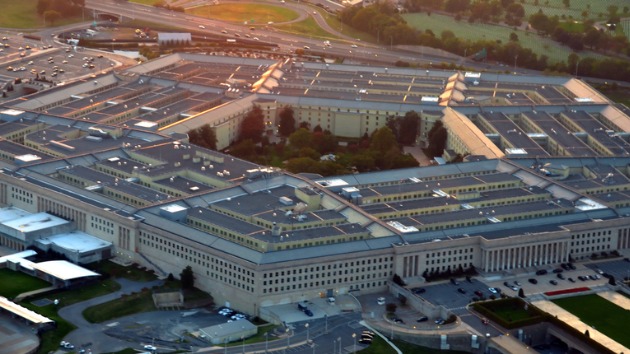 (WASHINGTON) — Defense Secretary Lloyd Austin has announced that he will work with Congress to remove the prosecution of sexual assault and domestic violence cases from the military chain of command.

The move is a stunning turnaround by the Pentagon to support a change championed by members of Congress and advocates of sexual assault victims as a way to stem sexual assault in the military.

The moves were among recommendations made by an Independent Review Commission that Austin had appointed to look at the issue of sexual assault and sexual harassment in the military.

That panel presented their findings on Monday and while Austin said in a statement issued Tuesday evening that he would be making specific recommendations to President Joe Biden, he said “I know enough at this point” to announce the moves.

“We will work with Congress to amend the Uniform Code of Military Justice, removing the prosecution of sexual assaults and related crimes from the military chain of command,” Austin said.

“The IRC recommended the inclusion of other special victims’ crimes inside this independent prosecution system, to include domestic violence,” he added. “I support this as well, given the strong correlation between these sorts of crimes and the prevalence of sexual assault.”

The panel had recommended that independent military lawyers reporting to a special victims prosecutor should take over the duties currently undertaken by military commanders in deciding whether to court-martial those accused of sexual assault, sexual harassment or domestic violence.

Austin’s announcement is a significant turnaround for the Pentagon which has long been opposed to the change in the Uniform Code of Military Justice.

Sen. Kirsten Gillibrand, D-N.Y., has long advocated for the changes in legislation, but had not been able to secure broad bipartisan support in Senate votes.

However, she has recently garnered support from Biden and senators who had opposed the legislation in previous votes.

She’s expected to introduce the legislation once again on Wednesday, which also calls for removing the military chain of command from all serious criminal cases, a proposal that has generated opposition from senior military leaders.

Earlier on Tuesday letters from most of the Joint Chiefs of Staff indicated that they were open to changes in how sexual assault cases are handled, though they recommended not removing the chain of command from other serious felony crimes.

In his statement, Austin praised the civilian panel for looking at the issue of sexual assault in the military from various angles, including accountability, prevention, climate and culture, and victim care and support.

“It provides us real opportunities to finally end the scourge of sexual assault and sexual harassment in the military,” he said.

He also said the department will need new resources and authorities to implement the IRC’s recommendations.

“Those we believe we can implement under existing authorities will be given priority,” he added. “We will need to work closely with Congress to secure additional authorities and relief where needed. We will most assuredly require additional resources, both in personnel and in funding. But it may take us some time to determine how much and where they are most wisely applied.”