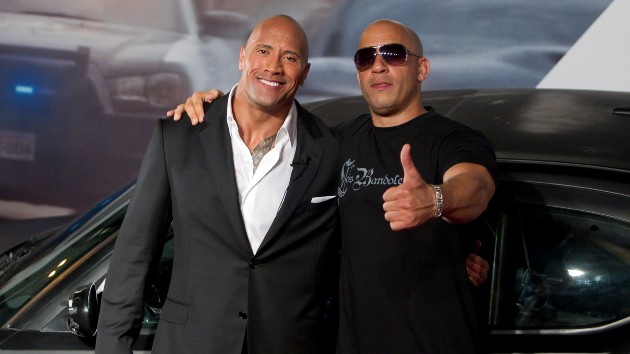 Vin Diesel had a much-publicized feud with his Fast & Furious co-star Dwayne “The Rock” Johnson back in 2016 — something Diesel now chalks up to what he calls a little “tough love.”

Johnson, who debuted his Luke Hobbs character in 2011’s Fast Five, referred to some of his male co-stars as “candy a**** and “unprofessional” on Instagram back then, which fans quickly speculated was about Diesel.

“It was a tough character to embody, the Hobbs character,” Diesel says in a new interview with Men’s Health.

“My approach at the time was a lot of tough love to assist in getting that performance where it needed to be,” he explains.  “As a producer to say, ‘Okay, we’re going to take Dwayne Johnson, who’s associated with wrestling, and we’re going to force this cinematic world, audience members, to regard his character as someone that they don’t know’ — Hobbs hits you like a ton of bricks.  That’s something that I’m proud of, that aesthetic.”

“That took a lot of work,” Diesel continues. “We had to get there and sometimes, at that time, I could give a lot of tough love. Not [Federico] Fellini-esque, but I would do anything I’d have to do in order to get performances in anything I’m producing.”

Diesel, 53, and Johnson, 49, addressed the rumors of their on-set feud at the Fate of the Furious premiere back in April 2017.