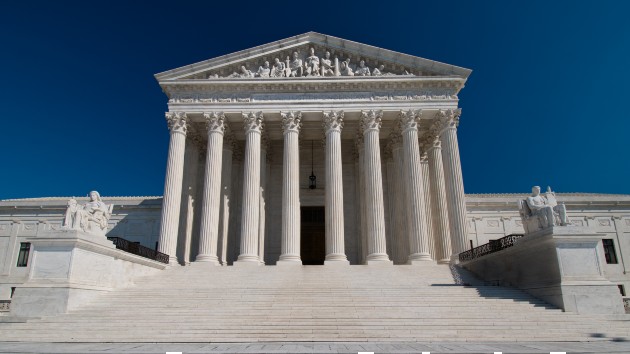 In a 6-3 decision, authored by Chief Justice John Roberts, the court’s conservative majority effectively struck down a California regulation that had given labor organizers a right to access private farm property up to three hours a day, 120 days per year, to meet with workers when they are off the clock.

Union officials argued the regulation, in place for 45 years, has been essential to educating and communicating with a highly transient workforce. Two farm owners that challenged the rules say they are “archaic” and in violation of the Takings Clause of the Fifth Amendment.

“Government-authorized invasions of property — whether by plane, boat, cable, or beachcomber — are physical takings requiring just compensation,” Roberts wrote. “Accordingly, the growers’ complaint states a claim for an uncompensated taking in violation of the Fifth and Fourteenth Amendments.”

Roberts goes on to affirm that property owners have an inherent “right to exclude.”

“We cannot agree that the right to exclude is an empty formality, subject to modification at the government’s pleasure. On the contrary, it is a ‘fundamental element of the property right,’ that cannot be balanced away,” he said.

Advocates for the California regulation warned that calling it a “taking” would have sweeping implications for other government policies — including health and safety inspections, and anti-discrimination rules.

“Our prior cases make clear that the regulation before us allows only a temporary invasion of a landowner’s property and that this kind of temporary invasion amounts to a taking only if it goes ‘too far,"” wrote Justice Breyer, in a dissent joined by Justices Elena Kagan and Sonia Sotomayor.

“In my view, the majority’s conclusion threatens to make many ordinary forms of regulation unusually complex or impractical,” Breyer added.

Roberts dismissed those concerns in his opinion, calling the fear that it would endanger other necessary government intrusions onto private property as “unfounded.”

“Many government-authorized physical invasions will not amount to takings because they are consistent with longstanding background restrictions on property rights,” Roberts wrote. “The government may require property owners to cede a right of access as a condition of receiving certain benefits, without causing a taking.”

Cedar Point Nursery owner Mike Fahner said in a statement that he is “very happy” with the court’s decision.

“This decision protects everyone’s freedom to decide for themselves who is — and is not — allowed on their own property,” Fahner said. “We’re excited to keep running our businesses without unlawful interference.”

The nation’s largest farm workers union blasted the Supreme Court as compounding racism and inequality in the labor system after striking down the California regulation dating to the days of civil rights activist Cesar Chavez.

Victoria Hassid, chair of the California Labor Relations Board, which defended the regulation before the Supreme Court, said her office is now considering potential workarounds that could allow union organizers to continue accessing farm property.

“We are disappointed with today’s decision, however, our commitment to ensuring that farm workers are able to exercise their rights under the agricultural Labor Relations Act and fully utilize the rights remains unwavering. And you know we’re reviewing the decision closely and determining what the next steps are,” Hassid said.

“Workers need to actually know about these rights and because farm workers are in such rural, isolated areas, there needed to be a way for labor unions to access them to be able to inform them of their rights under the law, and I think the pandemic has only underscored just how necessary this access is these workers have been disproportionately affected that have higher rates of illness,” she said.

Consumer Price Index up 8.3% in April