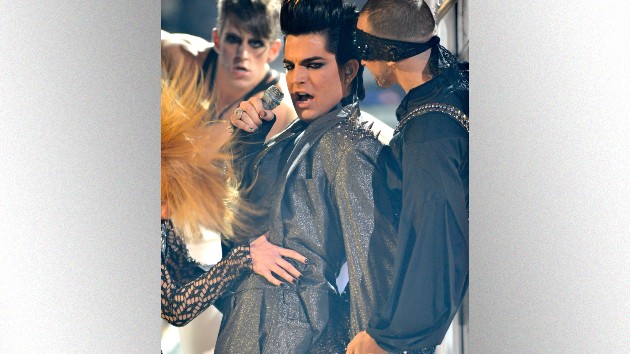 Back in 2009, much of the world collectively freaked out when Adam Lambert kissed his keyboard player while performing on the American Music Awards.  Flash forward to this weekend, when chart-topping rapper/singer Lil Nas X kissed his backup dancer on the BET Awards.  There was no freakout this time, and Adam says that’s a good thing.

Speaking to Billboard, Adam says he was thrilled about the performance, noting that the “Old Town Road” artist, who’s openly gay, is “so grounded and firm in who he is and what he’s about, he won’t apologize to anybody.”

Adam notes, “What I love right now with Lil Nas is we need him to be outspoken about it. He is in a position where that works for him, and he’s using it.”

He also points out that Lil Nas X didn’t come out, or start making explicitly gay songs and videos, until after he’d scored with “Old Town Road” and had some leverage in the music biz. As Adam puts it, “Timing is everything.”

Adam recalls that after his 2009 performance, which took place shortly after he was declared the runner-up on American Idol, he was “pulled off ABC for a little while” because they were “freaked out.” And though he didn’t apologize, he reveals that he had to “toe the line a bit,” because of the time and where he was with his career.