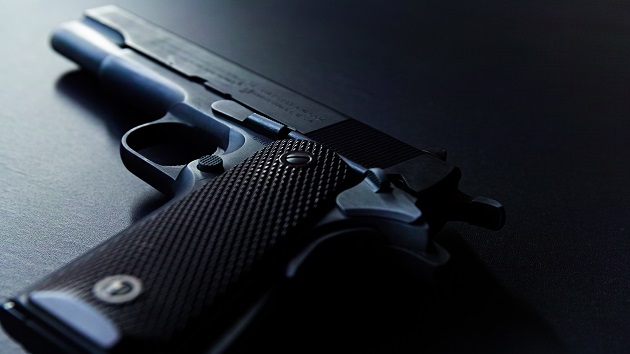 (WESTMINSTER, S.C.) — An 8-year-old boy along with a 9-year-old boy have been charged with involuntary manslaughter in the shooting death of a 62-year-old man in South Carolina.

The incident occurred on Wednesday, June 30, when Oconee County Sheriff’s Office deputies responded to an area just northwest of Westminster, South Carolina, after receiving a call from the man’s wife saying that she went to the property to look for her husband after not being able to make contact with him and still could not locate him, according to a press release from the Oconee County Sheriff’s Department on Thursday, July 1.

When deputies responded to the scene they were eventually able to locate 62-year-old Danny Andrew Smith who was unresponsive as he was slumped over the steering wheel of his tractor which was still running but had gone down an embankment before striking a tree.

“After a consultation with the Solicitor’s Office, and based on the evidence obtained in our ongoing investigation, we believe that both juvenile males discharged a firearm in a reckless manner in the direction of Mr. Smith who was bush hogging on some family property,” said Oconee County Sheriff Mike Crenshaw. “At this time, it is still undetermined which shot ultimately struck and killed Mr. Smith. However, based upon South Carolina law, the hand of one is the hand of all and that is why Family Court has been petitioned in regards to charging both juveniles with Involuntary Manslaughter.”

Based upon evidence obtained during the investigation as well as from the autopsy, authorities determined that Smith had sustained a single gunshot wound to the back which ultimately killed him.

In South Carolina, juveniles under the age of 10 cannot be detained so both of the juvenile suspects have been remanded to the custody of their parents as the judicial proceedings continue, according to Sheriff Crenshaw.

The weapon that was allegedly used in the shooting, a .22 caliber rifle, has been recovered and examined by the SLED forensics lab in Columbia, South Carolina.

It is not currently clear which boy pulled the trigger that killed Smith but the investigation into the shooting is ongoing.