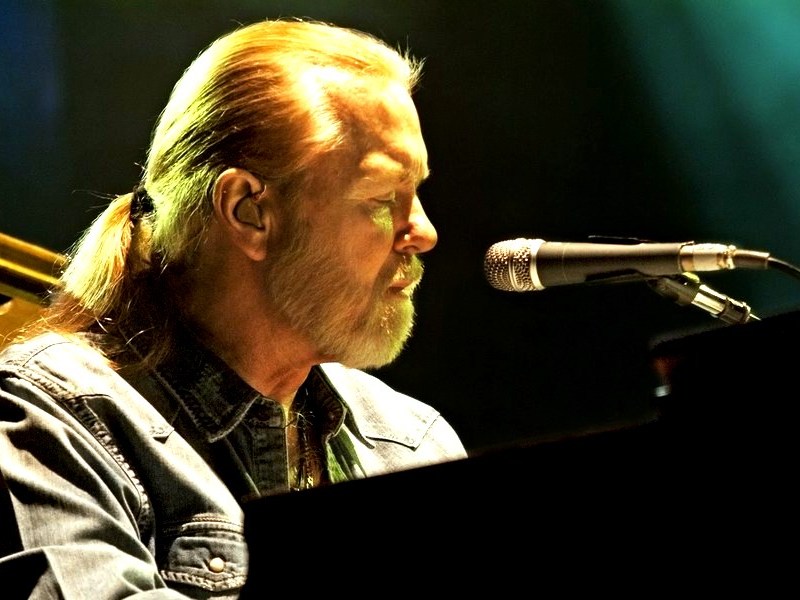 The late-Gregg Allman will be celebrated with an 18-city Allman Family Revival tour featuring headliners, the Allman Betts Band (ABB). Rolling Stone reported the trek will kick off on November 27th at St. Louis' Factory and winds down on December 19th at L.A.'s Wiltern Theatre. The commemorative celebrations began in 2017 following Gregg Allman's death at age 69 due to complications from liver cancer.

Devon Allman told us that he got to connect several times with his dad in the months leading up to his death on March 27th, 2017: ["I made some trips down in the last six months. Y'know, I made sure to spend some time and put in some good quality time. I've been touring a lot myself, but all the kids went and hung out with him in December before Christmas and had a really wonderful hang with him and I was in the area on tour in March and went and spent time with him. Y'know, it's tough. (Laughs), he had a lotta kids, he had a lotta fans, a lotta friends, a lotta family, and y'know, you don't wanna crowd him when things are not lookin' so good."] SOUNDCUE (:26 OC: . . . lookin' so good)

The Rolling Stones launching 2021 US tour Sunday in St. Louis, letting fans choose one song for the set

Flashback: Paul McCartney Teams Up With His Brother For 1974 ‘McGear’ Album