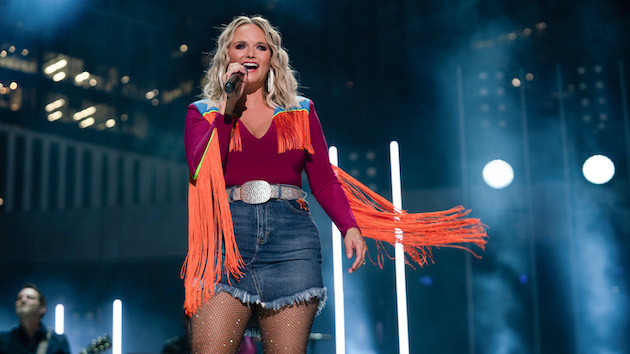 Miranda Lambert’s had a slew of new songs to share this year, and she’s showing no signs of slowing down now. This week, the singer has been teasing the release of a new track, called “If I Were a Cowboy,” on Friday.

A snippet of the song shows Miranda sitting alone at a bar, drink in front of her, as the song’s mid-tempo, guitar-driven chorus plays. “Wanted by the law, but the laws don’t apply to me,” she sings. “If I was a cowboy, I’d be wild and free…”

The new song appears to fit more into Miranda’s signature, straight-ahead country sound than much of what she’s released thus far in 2021. Previously, she put out a collaboration with rocker Elle King called “Drunk (And I Don’t Wanna Go Home),” and a stripped-down acoustic project with collaborators Jack Ingram and Jon Randall called The Marfa Tapes.

Whether or not “If I Were a Cowboy” signals a new solo album from Miranda, however, remains to be seen.

In the meantime, fans will have plenty of new music to get their fix from the superstar. She and her trio, The Pistol Annies — also featuring Ashley Monroe and Angaleena Presley — recently announced a Christmas album due out this holiday season, called Hell of a Holiday.