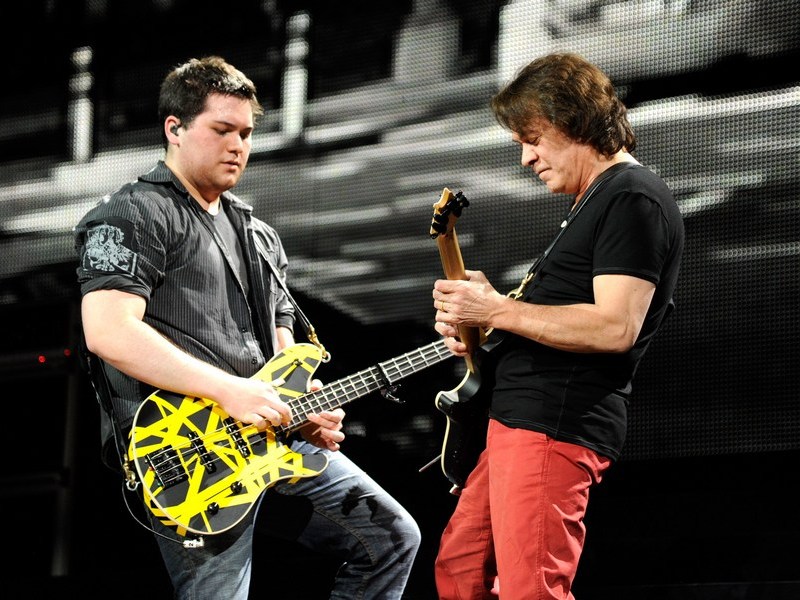 Although Wolfgang Van Halen proved with Mammoth WVH's debut set that he's nothing if not an all-'round virtuoso — he'd Iike to be thought of a songwriter.

In a new chat with Bass Player magazine, he shed light on how he creates, "Through the process, I found out that what I enjoy most is writing songs. I think, most people, if they pick this album up with any preconceived notion of who I am or where I’ve come from, are probably going to expect a lot of guitar solos and shredding on it. What they’ll eventually find out — if they don’t immediately throw it away, after not hearing what they want to hear — is that I’m a songwriter first."

A few years after picking up the guitar as a kid, Wolfgang gravitated towards bass — a role he'd eventually play in both Van Halen and Tremonti: "Bass I just started jamming for fun, with no intention at all of going anywhere, you know. I made a playlist of Van Halen songs and learned a bunch of them. My dad and I just started jamming on stuff, and we did that for months, just for fun, which is when I really started to get comfortable on the instrument."

He said that learning the ins-and outs of Van Halen records schooled him on the instrument: "Van Halen’s basslines really lend themselves to being able to interpret things your own way. They’re very locked into the groove, so you can find little fun moments to f*** around, if you will. Mike Anthony is such a fantastic bassist — he really locks in with the drums."

Wolfgang, who played all the instruments on the Mammoth WVH album went on to explain, "I never took any lessons. Dad gave me pointers here and there, but they were few and far between. He would tell you right now that he’s not a good teacher. I liken it to how (Albert) Einstein couldn’t tie his shoes. People who are too smart for their own good!"

The Who plays first Cincinnati concert since 1979 tragedy; Pete Townshend: “There’s no words that we can say”