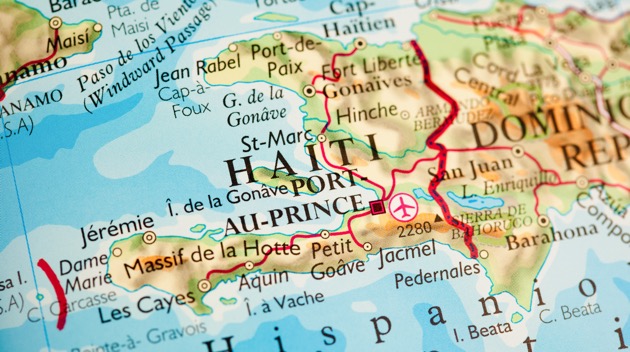 (NEW YORK) — A Haitian gang has been blamed for kidnapping a group at a Haitian airport that included 17 missionaries, five of them children, according to officials.

Included in the group are 17 missionaries — 16 Americans and one Canadian — and two Haitian citizens, according to the U.S. Embassy. Two French priests were also kidnapped in a separate attack at the same location earlier in the day, the source said.

The Haitian government suspects the gang known as 400 Mawozo to be responsible for the abductions, the source said.

It is unclear where the victims were taken. The Embassy is working with a special group of Americans in the country who are investigating.

The Ohio-based ministry Christian Aid Ministries confirmed in a statement that a group of 17 people were “abducted” while on a trip to an orphanage on Saturday.

“We request urgent prayer for the group of Christian Aid Ministries workers who were abducted while on a trip to visit an orphanage on Saturday, October 16,” the statement read Sunday. “We are seeking God’s direction for a resolution, and authorities are seeking ways to help.

Five men, seven women and five children are among the group, according to the ministry.

Haitian police inspector Frantz Champagne told The Associated Press that the 400 Mawozo gang kidnapped the group while they were in Ganthier, about 17 miles east of Port Au Prince.

The country is experiencing a rise in gang-related kidnappings, many demanding ransom, that quelled after the assassination of President Jovenel Moïse on July 7 and a 7.2-magnitude earthquake on Aug. 14 that killed more than 2,200 people.

The U.S. State Department told ABC News in a statement that it is “in regular contact with senior Haitian authorities and will continue to work with them and interagency partners.”

“The welfare and safety of U.S. citizens abroad is one of the highest priorities of the Department of State,” the statement read.

The FBI is expected to assist in negotiations, ABC News has learned.

Additional information on the kidnapping was not immediately available.